ZARQA, Wednesday 9th December 2015 – UN Women Jordan is supporting the Government of Jordan to ensure that its deployments of peacekeepers are equipped to address and combat sexual violence in conflict. To this end, Major-General Patrick Cammaert, a leading international expert on peacekeeping who has served in numerous capacities with both the Royal Netherlands Marine Corps and the United Nations –including commanding UN troops in missions in Cambodia, Ethiopia and Eritrea, and the Democratic Republic of Congo, and more recently as the head of the Gaza Commission of Inquiry (2014)-, has just completed the first in a series of training for Jordan’s peacekeepers, undertaken in collaboration with the Jordan Armed Forces in the Peacekeeping Operations Training Centre. ‘Pre-deployment training on conflict related sexual violence is vital for a successful implementation of the mandate’ affirmed Major-General Patrick C. Cammaert.

This support recognizes Jordan’s prominent role as a provider of global peace and security expertise. Since the creation of the UN Department of Peacekeeping Operations, Jordan has been among the top ten countries worldwide contributing to UN Peacekeeping Troops and UN Police Officers – with an estimated number of 61,611 officers deployed in the past 10 years. Given the widespread use of sexual and gender-based violence as a tactic of war, it is crucial for peacekeeper troops to be able to identify, prevent, and address this form of violence in order to strengthen protection mechanisms and provide effective support to survivors. ‘The use of sexual and gender based violence as a military tactic represents an unacceptable form of humiliation and shame, women and girls being the vast majority of victims. Peacekeeping officers should be empowered to support the most vulnerable, mitigating the devastating effects on the lives of the survivors, their families and the communities in which they live’ affirmed Mr. Giuseppe Belsito, UN Women Jordan Representative.

Ensuring that peacekeeping operations address the unique situations and needs of women in conflict settings is a key pillar of the international framework on women, peace and security (UN SCr 1325 and its subsequent resolutions). During the recent Global Gender Summit held at the margins of the UN General Assembly to mark the 20th anniversary of the adoption of the Beijing Declaration and its Platform of Action (New York, 27 September 2015), Jordan announced in its ‘Step it Up!’ Commitment to ‘accelerate the adoption of national action plan to implement UN Security Council Resolution 1325 (2000) on women, peace and security and all subsequent resolutions’. UN Women – in partnership with the Jordanian National Commission for Women (JNCW) – is supporting the Government of Jordan in developing and endorsing a National Action Plan (NAP) on UN Security Council Resolution 1325 (2000) through an inclusive national consultation process. 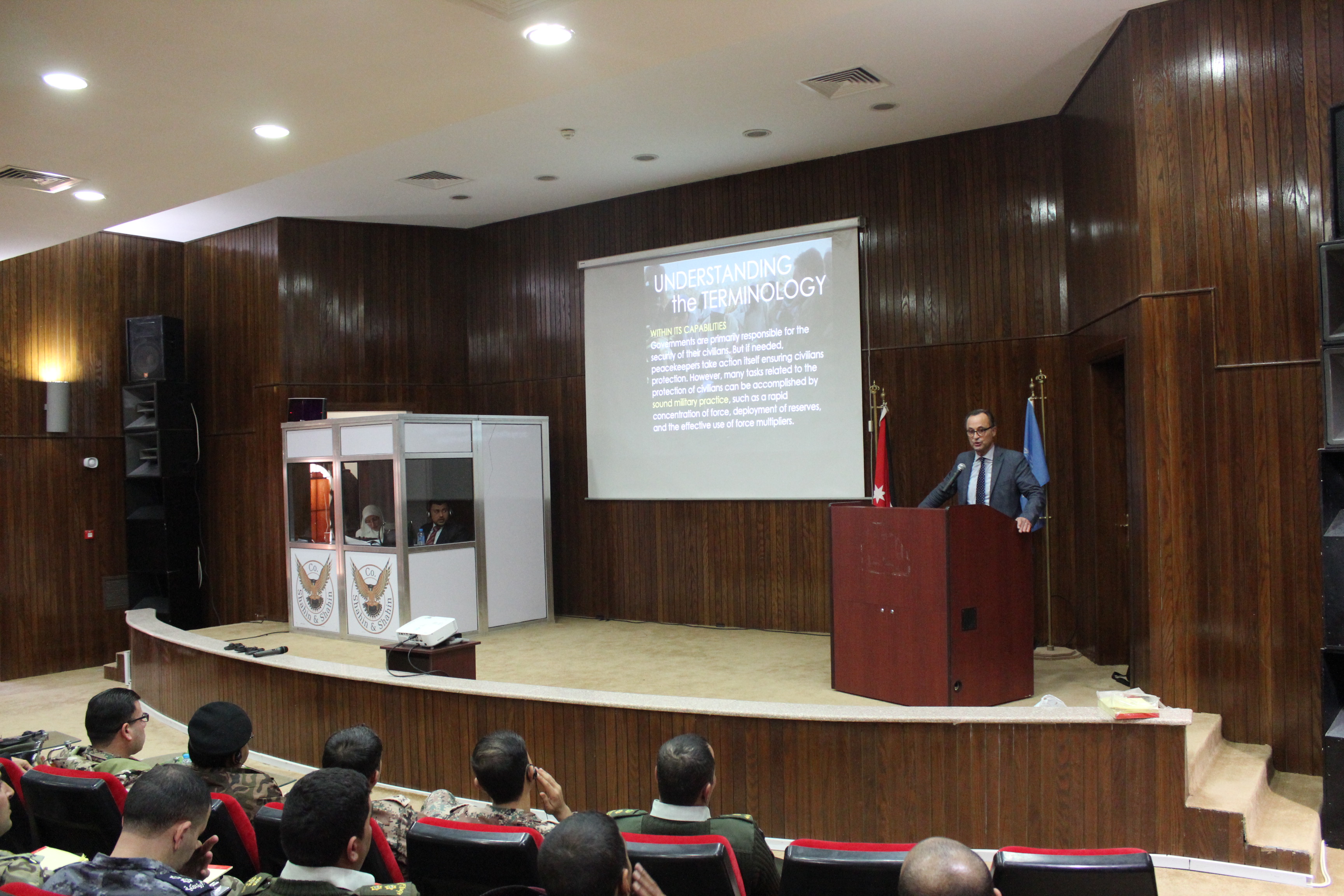 Related News
31/03/2022
Empowering women and girls in Jordan to build more peaceful and inclusive societies
12/03/2020
Empowering women through innovation and technology
31/03/2019
From Where I stand: ‘We are a group of men who are ready to rise up against gender-based violence, stand up for women’s rights and spread the message to others.’
30/01/2019
Women’s centres in Jordan support refugee and Jordanian women
10/12/2018
Commemorating the 16 Days of Activism Against Gender-Based Violence 2018 Campaign, in Jordan.
END_OF_DOCUMENT_TOKEN_TO_BE_REPLACED