Billions of people across the world stand on the right side of history every day. They speak up, take a stand, mobilize, and take big and small actions to advance women’s rights. This is Generation Equality. 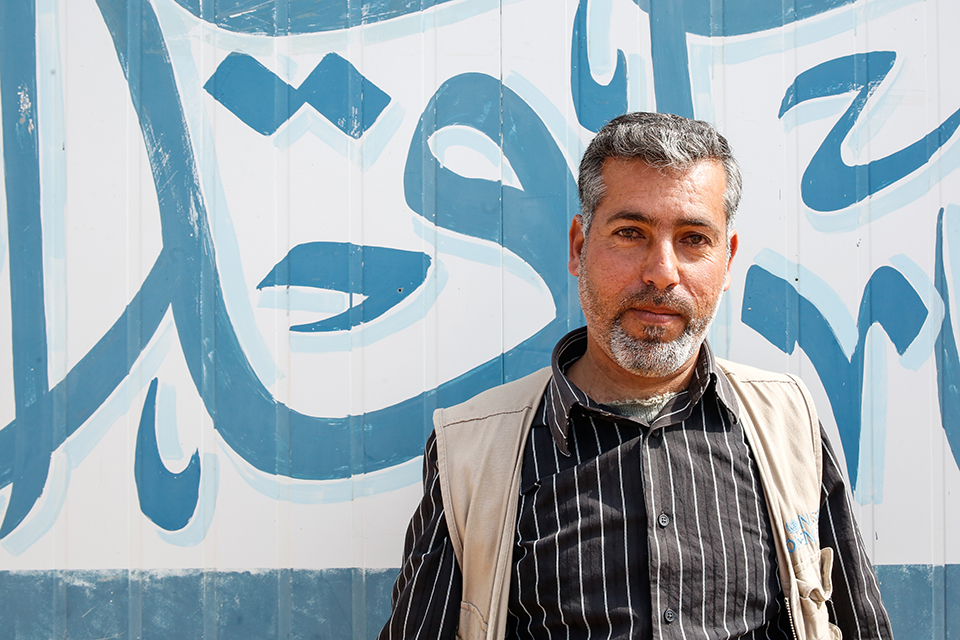 I am Generation Equality because…

Three things you can do to become part of Generation Equality, according to Ahmed Albalkhi:

I was amongst the many that fled the war in Syria. Millions of us experienced the same hardships, heartbreak, and pain. Thousands of us found ourselves in the Za'atari refugee camp, where we became one community.

But half of the community was diminished because of their gender. Traditional and cultural norms inhibited women's rights and freedoms, and many were left in a vulnerable position. And I believed that this needed to change.

In 2017, I enrolled as an incentive-based volunteer at the UN Women Oasis Center as a Security Guard. It not only became a job for me but a learning experience, where I recognized the importance of empowering women and girls. I learned the terms, women's empowerment, and gender equality and understood them more concretely. In those moments of understanding and witnessing the strength of the women working in the Oasis, ultimately drove me to become an advocate for women's rights and empowerment.

Yet, I was one of the few men who understood the importance of empowering women. For change to happen, I recognised that more men must understand the value that women bring to the community and the importance of them accessing all of their rights.

Coming together as a community

“Communities must come together, women and men, girls and boys, this generation and the next generation to ensure we have a brighter future...”

I began sharing awareness amongst men and boys in my community. At first, it was hard, some of us came from a place where these traditions and norms were deeply rooted into our mindsets. Despite this, I persevered in sharing with others. I truly believe that if we raise the awareness of men, more women and girls will access the opportunities in life that they deserve, and the whole community will benefit. Three years on, I have begun to notice a difference. But we still have a long way to go.

My message is simple, but action needs to continue to ensure that it becomes a reality: Communities must come together, women and men, girls and boys, this generation and the next generation to ensure that we all have a brighter future and guarantee that all enjoy their rights.