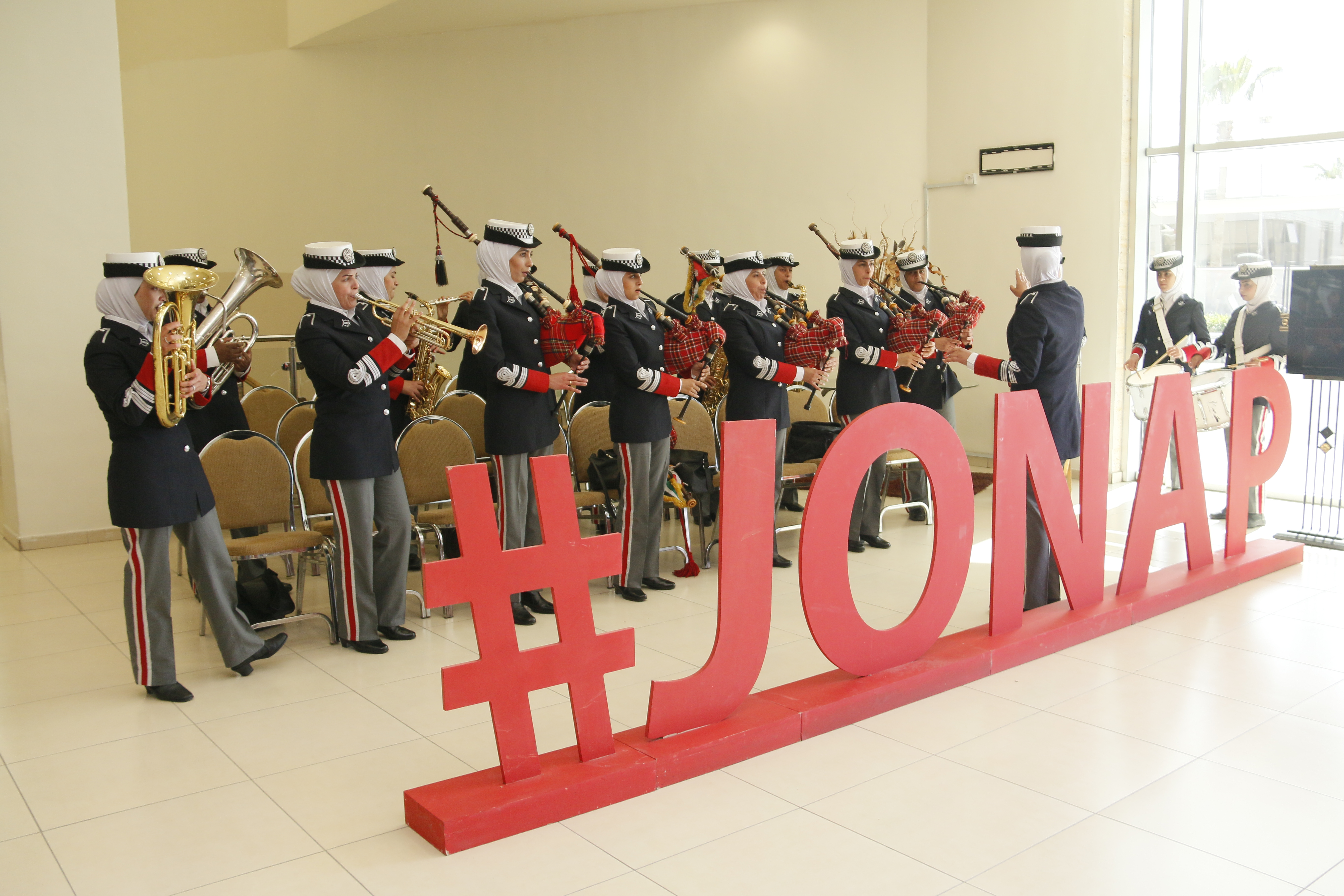 UN Women, in partnership with the Government of Jordan, International partners and civil society organizations continue to support the implementation of the Women, Peace and Security (WPS) agenda to enable women’s participation in conflict prevention, peacekeeping, prevention of violent extremism and gender based violence. The UN Women programme on 'Implementing the Jordanian National Action Plan (JONAP) on UN Security Council resolution 1325 (UNSCR 1325),' follows the Cabinet’s approval of Jordan’s first plan in December 2017 and its successful publication and launch in February 2018.

The (2018-2021) JONAP for advancing the implementation of UNSCR 1325 on Women, Peace and Security, and its subsequent resolutions, was developed to respond to the country’s latest security and military challenges. It is in line with Jordan’s commitments to promote and respect human rights, justice, equality and participation—all of which are embodied in various national frameworks, such as 'The National Strategy for Jordanian Women' (2013-2017) and 'The Comprehensive National Plan for Human Rights' (2016-2025). The JONAP for advancing the implementation of UNSCR 1325 aims to integrate a gender-based approach towards women’s participation in prevention and protection processes during conflicts, as well as in peace building, and maintaining stability and sustainable security.

Parallel to these efforts, the JONAP specifically responds to the 2015 UN Security Council resolution 2242, which highlights the importance of cooperation with civil society and the role of women as key partners in preventing and combating violent extremism. It also reiterates the importance of engaging men and boys as partners in promoting women’s participation in the prevention and resolution of armed conflicts.

Over the duration of the programme (2018-2021), UN Women will continue to build upon and support the institutional implementation of the JONAP through; capacity-building, expertise, monitoring, reporting and evaluation, as well as funding to catalyze the plan’s implementation. The overall objective is to ensure that women, peace and security commitments become reality through policy change and community-level action.

The programme focuses on the four pillars of the JONAP:

The programme will run for four years from 2018-2021 with a total budget of 9 million USD, through a pooled fund mechanism. This mechanism allows multiple donors to come together and leverage their individual contributions towards the holistic implementation of the four priorities of the JONAP.