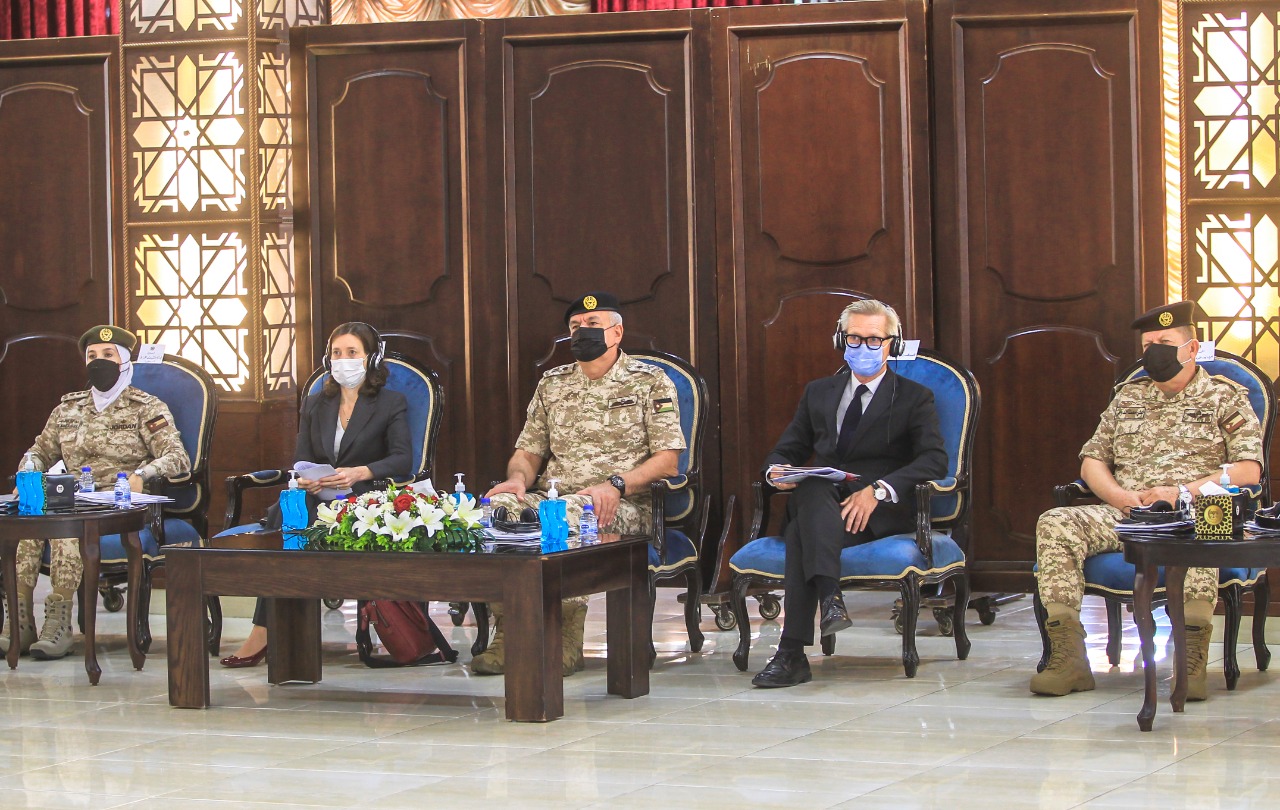 The Jordanian Armed Forces – Arab Army (JAF), in partnership with the United Nations Entity for Gender Equality and the Empowerment of Women (UN Women), launched its first Gender Mainstreaming Strategy covering the period from 2021 to 2024, with the objective of increasing women’s representation in senior leadership roles, their retention in service, and their participation in peacekeeping operations, both locally and overseas.

Colonel Maha Al Nasser, the Director of Military Women’s Affairs Department at JAF, underscored the importance of reinforcing women’s participation in the country’s armed forces to ensure the institutions’ continued evolution and improvement. “Increased awareness on women’s role in peace and security efforts delivered a wide array of improvements within the JAF, which culminated in the adoption of this four-year strategy that outlines a number of gender-responsive policies and guidelines. This will have a lasting and positive impact on JAF.”

JAF’s Gender Mainstreaming Strategy is based on a gender analysis conducted by Military Women's Affairs Department in early 2020, which helped identifying priorities. The strategy is also fully aligned with Jordan’s National Action Plan on the United Nations Security Council Resolution 1325 (2000) on Women, Peace and Security 2018-2021 (JONAP), whose implementation is supported by the Governments of Governments of Canada, Finland, Norway, Spain, and the United Kingdom.

JAF has a significant regional and international role as a provider of humanitarian assistance and military training, as well as in peacekeeping missions worldwide. The Gender Mainstreaming Strategy will build on these achievements by further instituting gender equality as a key priority and providing a viable roadmap to help translate JAF’s vision to reality. JAF is the leading military institution in the Kingdom in promoting a suitable environment for the employment of women in order to promote women’s active participation and gender equality as main priorities.

“I commend the Jordanian Armed Forces- Arab Army on this landmark moment and I reiterate our continued commitment to supporting Jordan in the implementation of its National Action Plan on Women Peace and Security” by H.E. Ms.  Bridget Brind, Ambassador of the United Kingdom to Jordan, on behalf of the JONAP 1325 pooled fund consortium.

The Secretary General of the Jordanian National Commission for Women (JNCW), Dr. Salma Nims, commended JAF’s longstanding commitment to women’s empowerment and support to women in leadership positions in the armed forces, adding that “ we are proud of the efforts by the Jordanian Armed Forces as one of the leading national institutions that actively invested in gender mainstreaming, gender equality, and in fostering a conducive working environment for women to support their meaningful participation. This is derived from the realization that gender mainstreaming is an important tool for improving the performance and effectiveness of security sector agencies”.

“The gender-transformative approach adopted by the Jordanian Armed Forces-Arab Army has introduced a new level of ambition and is key to accelerate efforts in the localization of the Women, Peace and Security agenda. Under the leadership of its new Executive Director, H.E. Dr. Sima Bahous of Jordan, UN Women is committed to working closely with JAF to realize this vision” said UN Women Jordan Representative Ziad Sheikh.