Jordan Steps It Up! For gender equality 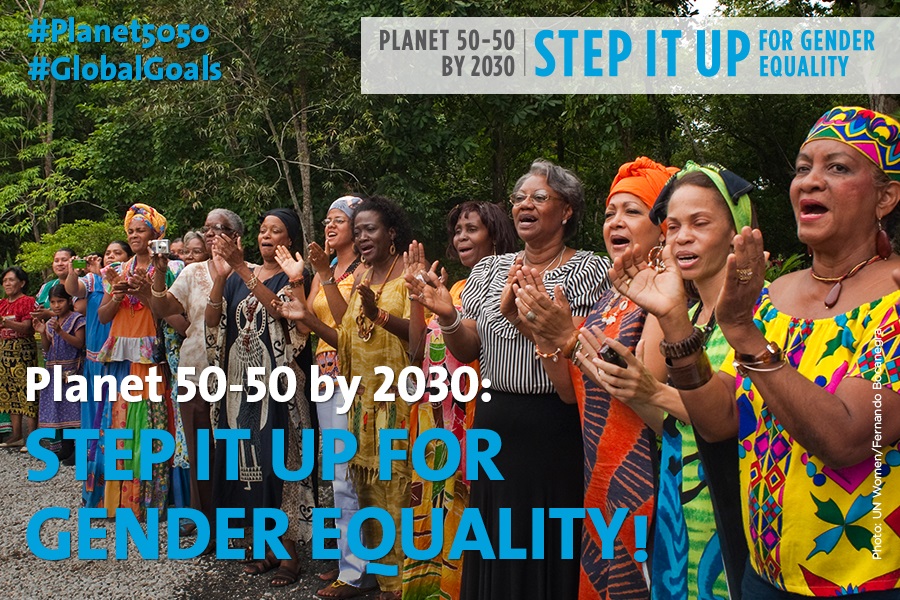 New York, United Nations Headquarters, 27 September 2015. Some 80 world leaders made concrete commitments and firm pledges to overcome gender equality gaps at a historic event co-hosted by UN Women and the People’s Republic of China: the “Global Leaders’ Meeting on Gender Equality and Women’s Empowerment: A Commitment to Action.

Twenty years after the adoption of the Beijing Declaration and its Platform for Action, the Jordanian Government has committed to close the gender equality gap by 2030 through a variety of actions, including intensifying efforts to align national legislation with the Kingdom’s international and regional commitments, in a participatory manner that ensures gender equality and the elimination of violence against women. The Government pledges to accelerate the implementation of resolutions to which it has committed itself before international committees and review relevant national plans and strategies to bring them in line with the Sustainable Development Goals for 2030, as well as provide the necessary financial and human resources to carry them out. Jordan pledges to expand the scope of economic, social, cultural and political support to women and girls, with special emphasis on marginalized adolescents, elderly women, poor or vulnerable women, rural women, women with disabilities, female refugees, displaced women and survivors of gender-based violence. It will address social norms and stereotypes that instill discrimination against women through education, cultural and media productions that promote positive roles of women as active partners in sustainable development and community building. The Kingdom will also: adopt policies that support women’s access to leadership positions and participation in all levels of decision-making; empower the Jordanian National Commission for Women (JNCW) as a national mechanism in order to be able to carry out its mandate; as well as supporting and facilitating the work of civil society organizations, offering protection and social, economic and legal empowerment services to women throughout the country, including refugee camps and host communities. Jordan further commits to enhance women’s access to justice and promote gender sensitization among judges in regular and Shari’a courts, general prosecutors and judicial police; and to accelerate the adoption of a national action plan to implement Security Council’s resolution 1325 on women, peace and security, and all subsequent resolutions.

The full text of Jordan’s commitment (English/Arabic) can be read at: http://bit.ly/1Lhj47e.

Developed in partnership with the Jordanian National Commission for Women, the Beijing+20 process in Jordan has been generously supported by UN Women, UNFPA, UNICEF, UNDP, UNESCO, WHO and UNRWA.