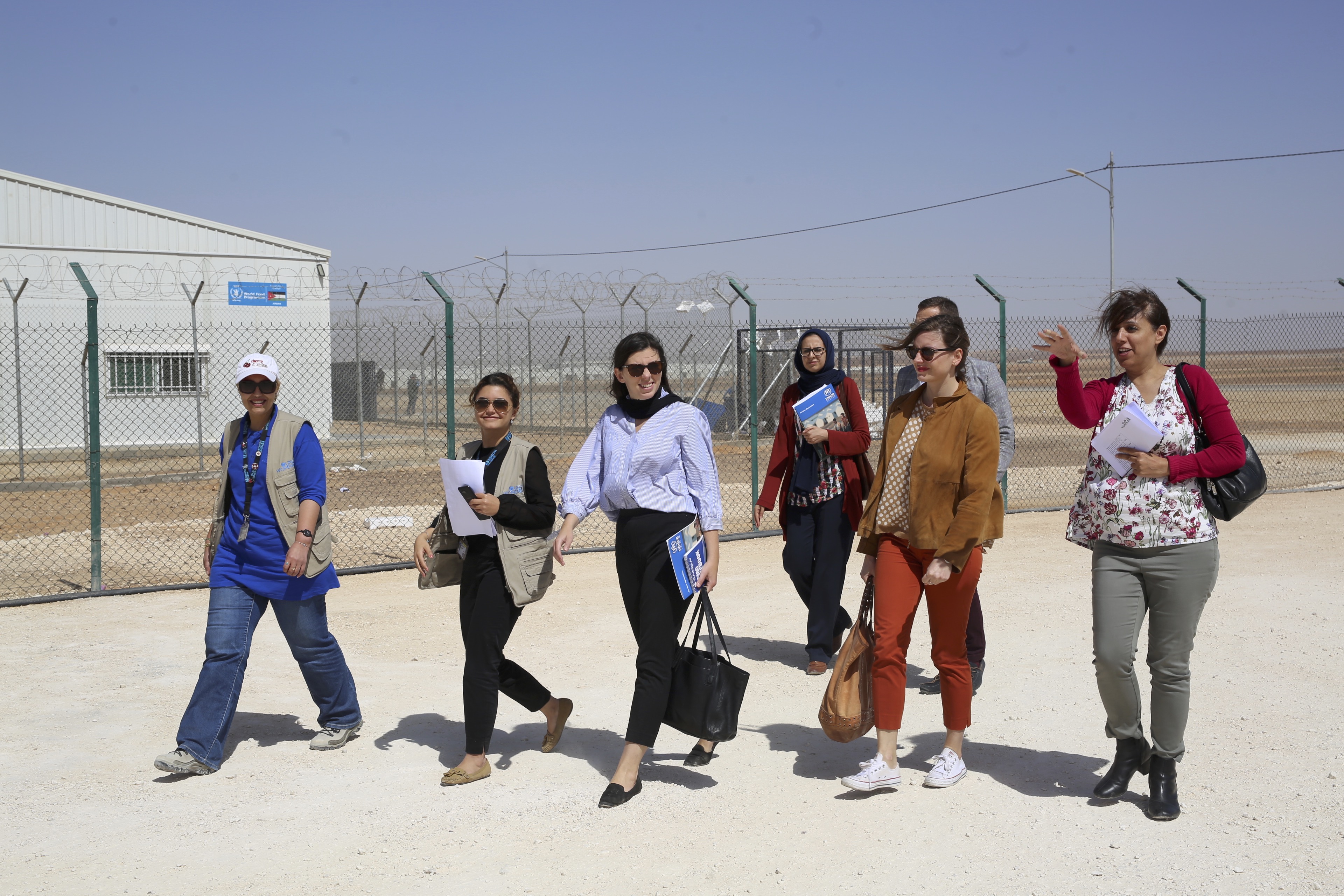 The delegation joins UN Women at the Azraq 'Women and Girls' Oasis' in village 3, the Oasis was inaugurated in February 2018 alongside the French Ambassador of Jordan and fellow members who joined the delegation visit to the Oasis. Photo Credits UN Women/ Lauren Rooney.

The delegation began their morning with an initial briefing from UNHCR at the Azraq refugee base camp. The presentation encompassed the current structure of the Azraq refugee camp which was explained by the UNHCR head of the Azraq field office, Gamal Yacout.  Azraq camp currently hosts a population of an estimated 50,000 people, at present, the ratio of women to men exceeds 50% of the population of which 28% of the households are female-headed. UN Women in partnership with UNHCR coordinates the referral system of vulnerable refugee women, which UN Women utilizes to enable these women to access livelihood opportunities through the ‘Women and Girl’s Oasis.’

The visit continued to the UN Women ‘Women and Girl’s Oasis’ based within village 3 of Azraq, where the group undertook an orientation on the current mechanism of the Oasis. UN Women constructed the Oasis within Azraq in 2017; the Oasis is a center serving to build refugee women’s resilience and empowerment through the access to multi-sectoral services. Currently providing over 100 daily cash for work positions for women, minimizing the lack of work opportunities for women within the camp. 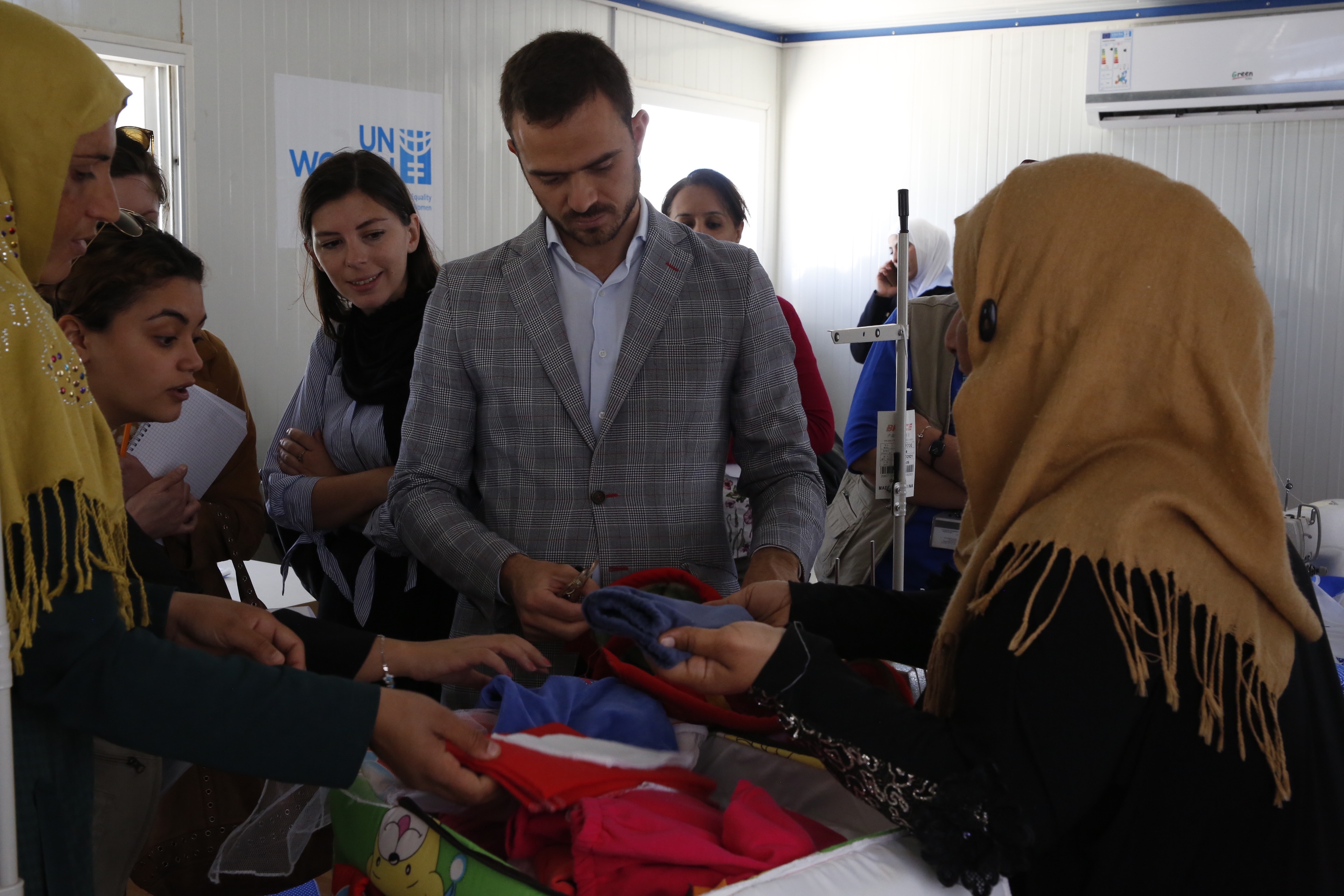 Visiting the tailoring facility, women present the baby kits that they
manufacture. The production of the baby kits within the tailoring
center are distributed through field hospitals to the more than 400
babies born in camp every month. Photo credits: UN Women/
Lauren Rooney

UN Women showed the delegation multiple sectors within the oasis including tailoring, teaching, childcare, cosmetology, and handicrafts. The activities are all designed to contribute to the camp and non-camp economy, the production of the baby kits within the tailoring center are distributed through field hospitals to the more than 400 babies born in camp every month.

“The Oasis has not only provided me
with the financial support to provide
for my family, but it has helped me
psychologically. I am now surrounded
by women who support me and have
become close friends.” - Wadar Ajan,
women's mobilizer within the oasis.

Finalizing the visit the women handed the Delegation a mosaic plaque made within the Oasis. The French Government has generously supported the establishment of the Azraq ‘Women and Girl’s Oasis,’ which continues to provide refugee women with livelihood and economic opportunities. 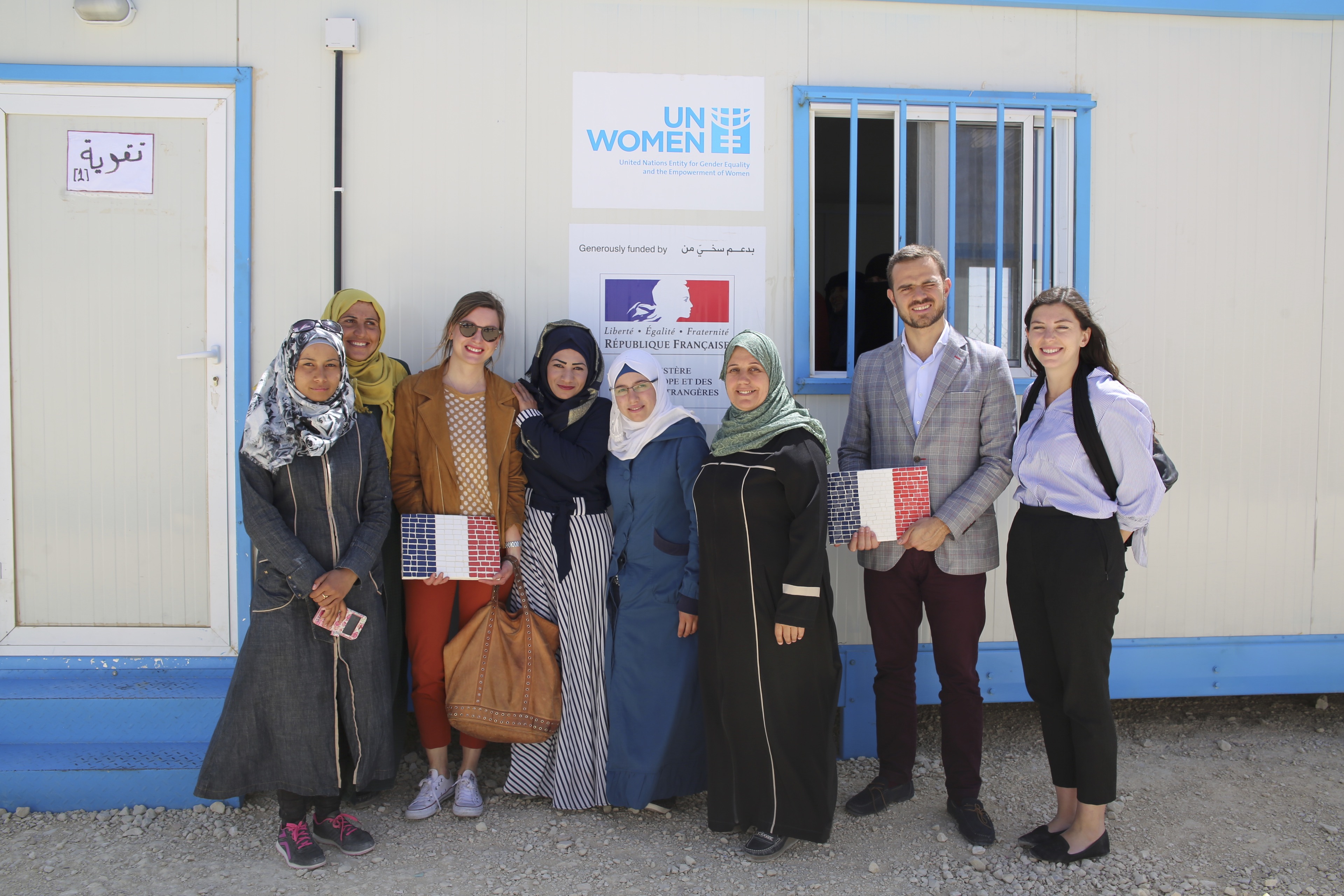