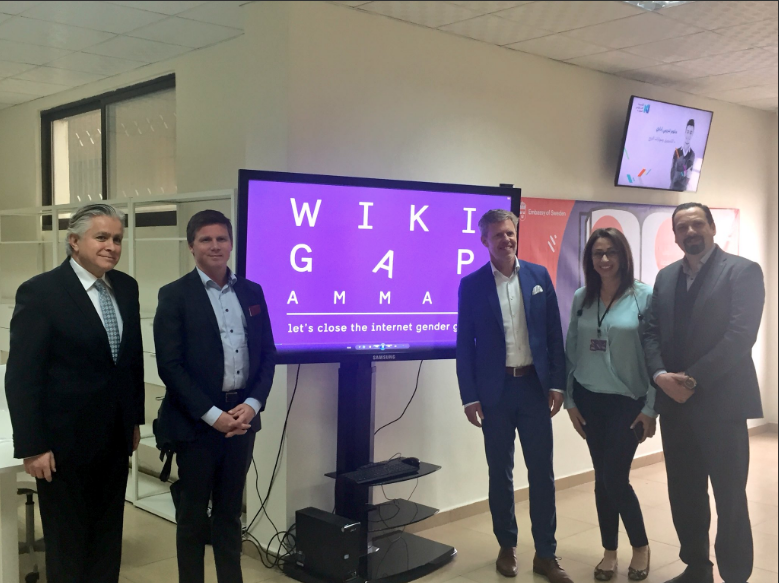 Amman, Jordan- In celebration of the International Women’s Day 2018, UN Women joined forces with Sweden’s embassies around the Arab States region and with hundreds of youth volunteers to convene a series of edit-a-thons to promote knowledge of women and their experiences through the online encyclopedia, Wikipedia.

UN Women Jordan and the Embassy of Sweden partnered with HerStory networks to close the WikiGap at Khawarizmi International College, over a 100 volunteers worked together to edit and translate 139 articles into Arabic to promote gender equality and women’s empowerment on the occasion of International Women’s Day. The global theme for this year’s IWD is “Time is Now: Rural and Urban Activists Transforming Women’s Lives”.

“WikiGap primarily concerns representation, which in turn concerns reflecting the world as it actually appears. We want to see Jordanian and Arab women profiles represented in all contexts, to the same extent as their male counterparts — including on the internet,"- H.E. Erik Ullenhag, Swedish ambassador to Jordan.

This youth-led initiative, known as #HerStory, aims to increase the number of articles on Wikipedia that relate the stories and experiences of women. While women and girls make up 50% of the world’s population, a recent survey showed that less than 13% of Wikipedia contributors worldwide are women and only 4.2% of all articles on Arabic Wikipedia are about women’s lives and experiences, while 80% of Wikipedia biographies worldwide are about men.

UN Women has been working with youth networks across the Arab States region to address this imbalance, with an ambitious target of doubling the number of articles on Wikipedia that address gender and empowerment of women and girls between 2018 and 2020. This target entails the production of 25,000 articles by the end of 2020. In the two years since its launch, #HerStory has contributed more than 2,000 articles on Wikipedia and trained more than 500 volunteer editors. The #HerStory initiative aims to make invisible women more visible and to counter negative stereotypes about women by showcasing their important contributions throughout human history. 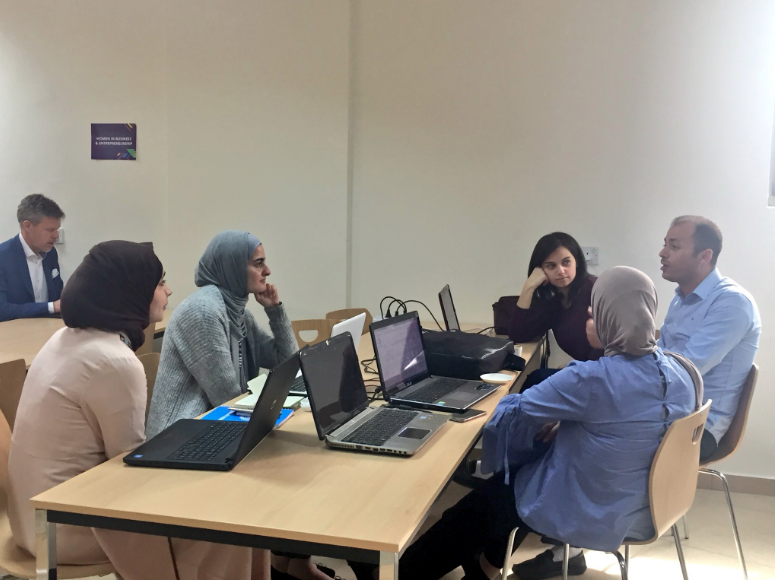 Noting this internet gender gap, the Government of Sweden began the initiative #WikiGap to increase the number of articles about women on Wikipedia, including through organizing edit-a-thons with partners and volunteers. A worldwide drive is being held on International Women’s Day, and WikiGap will take place in parallel in more than 40 countries, organised by Sweden’s embassies, the Wikimedia Foundation and UN Women. WikiGap is a concrete example of Sweden’s feminist foreign policy, which aims to strengthen women’s and girls’ rights, representation and resources.