Finding a new rhythm in life

“Take deep, slow breaths…” the music teacher whispers to her students, who have their eyes closed. “Listen to the rhythm… feel your heartbeat.” 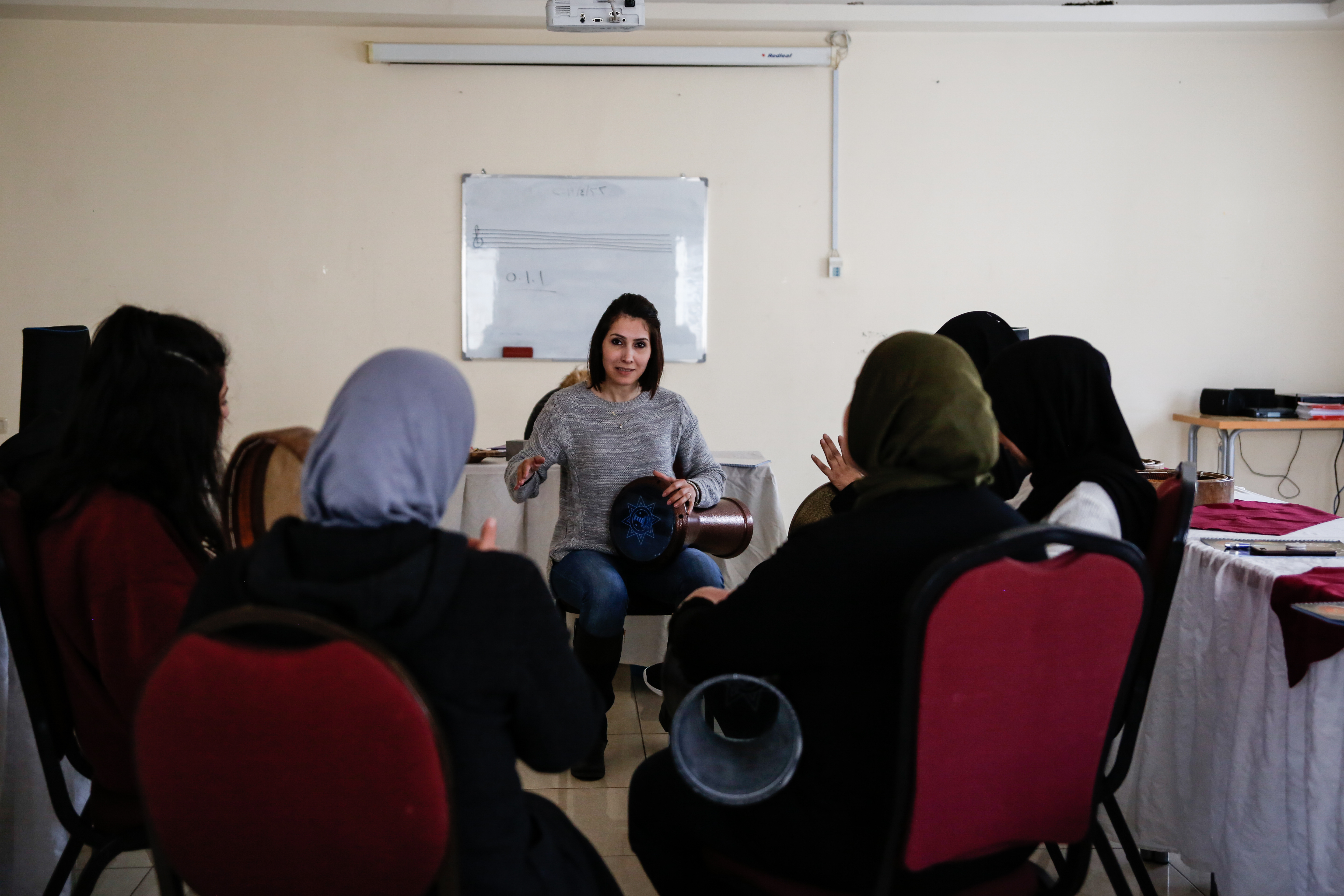 The subtle inhalations and exhalations of the seven Syrian and Jordanian women intertwine with a soothing melody, bringing an air of serenity to the room in the Jordanian Women's Union (JWU) Centre as their musical therapy session begins.

To provide women with a safe space where they can escape, bond and deal with the trauma they’ve experienced as survivors of gender-based violence, the JWU is using music as a tool for empowerment and stress relief. Over the course of six months, 20 women accessing the hotline or the Centre’s protection services will follow two weekly two-hour musical therapy sessions, as well as practical and theoretical musical training sessions. Women are selected on the basis of interest and most have no prior musical background.

"And open your eyes slowly,” the musical teacher, Lara Elayyan, hums warmly to the women, guiding them out of their breathing exercises.

Lara Elayyan, 35, worked as a social worker within the JWU for four years before leaving to become a professional musician and singer. However, Elayyan recognized the importance of music as a tool of empowerment and catharsis, which eventually brought her back to the centre to set up the musical therapy initiative.

“Music is a powerful tool that can be used for stress relief and the improvement of mental health,” she says. “From my work as a social worker with JWU, and my studies in both social work and music, I understood that this could be a very good initiative for women to release or even overcome some of their stress and emotions.”

“I have designed the sessions in a way that the women have the chance to understand both the practical and theoretical elements of music, while also giving them space to emote the way they are feeling,” Elayyan explains, as the women bustle around to choose the drums they will play for the next part of the session.

The calming mood of the room changes dramatically with the excited crescendo of their synchronized drum beats. The women smile widely as they burst into song. Ba’aar, 25, laughs as she misses one of the beats, before getting back into the rhythm once again. 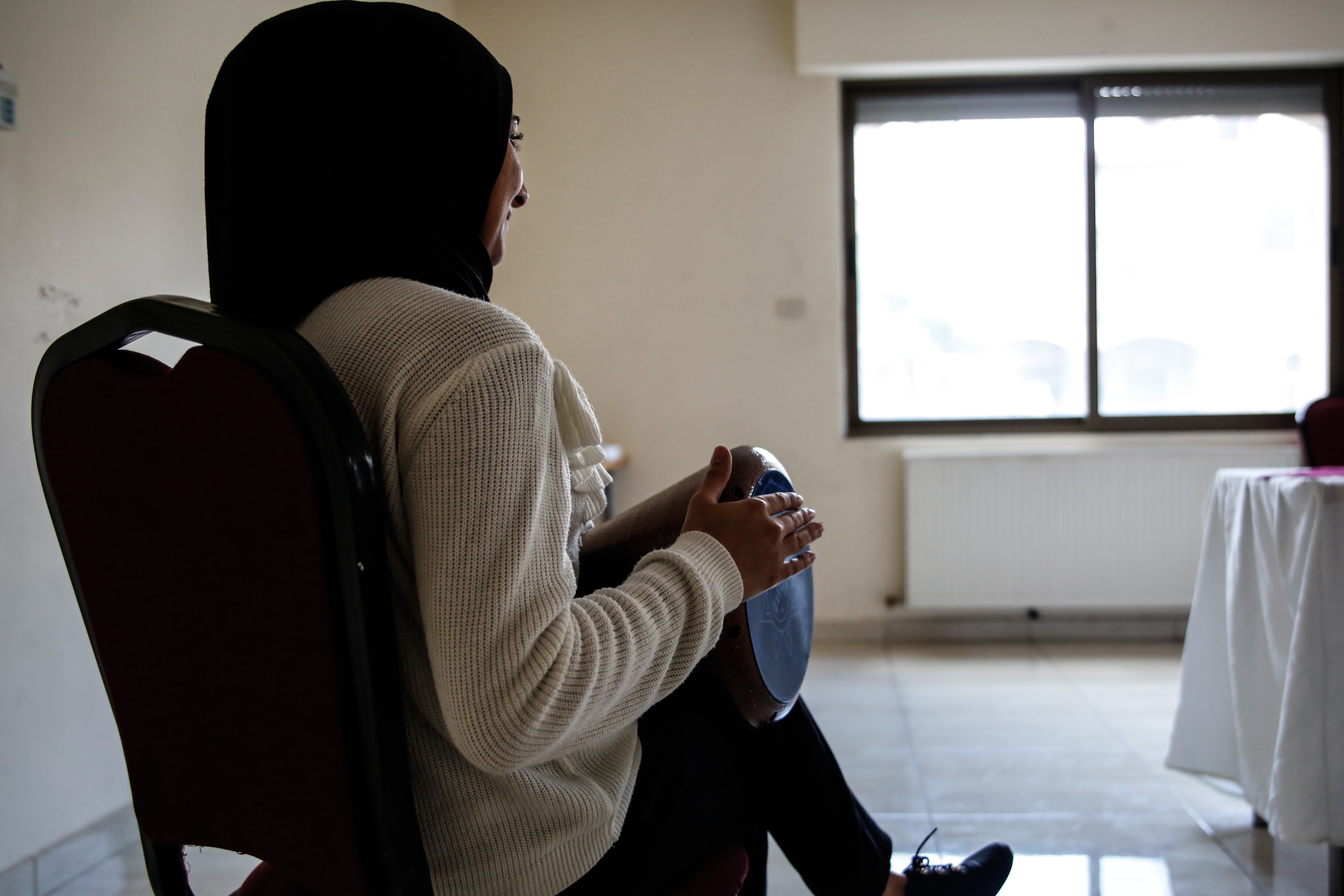 “Playing the instruments makes me feel alive! From the moment I begin playing, my mind becomes isolated from my surroundings, fears and anxieties,” says the young survivor of gender-based violence.

Another frequent participant, 45-year-old Montaha utilizes the sessions as a tool to overcome the stresses of daily life. “The sessions help us to release the negativity which is inside of us,” she says. “Through music, we can feel free and express ourselves without having to say a word if we do not want to."

After taking part in these sessions together for a month, the women have begun to form a close bond while creating music.

“Each week I am excited for the workshop, not only for the music but the chance to listen and socialize with other women,” highlights Montaha. “It makes me feel like people actually care about me and what I can bring to the workshops.” 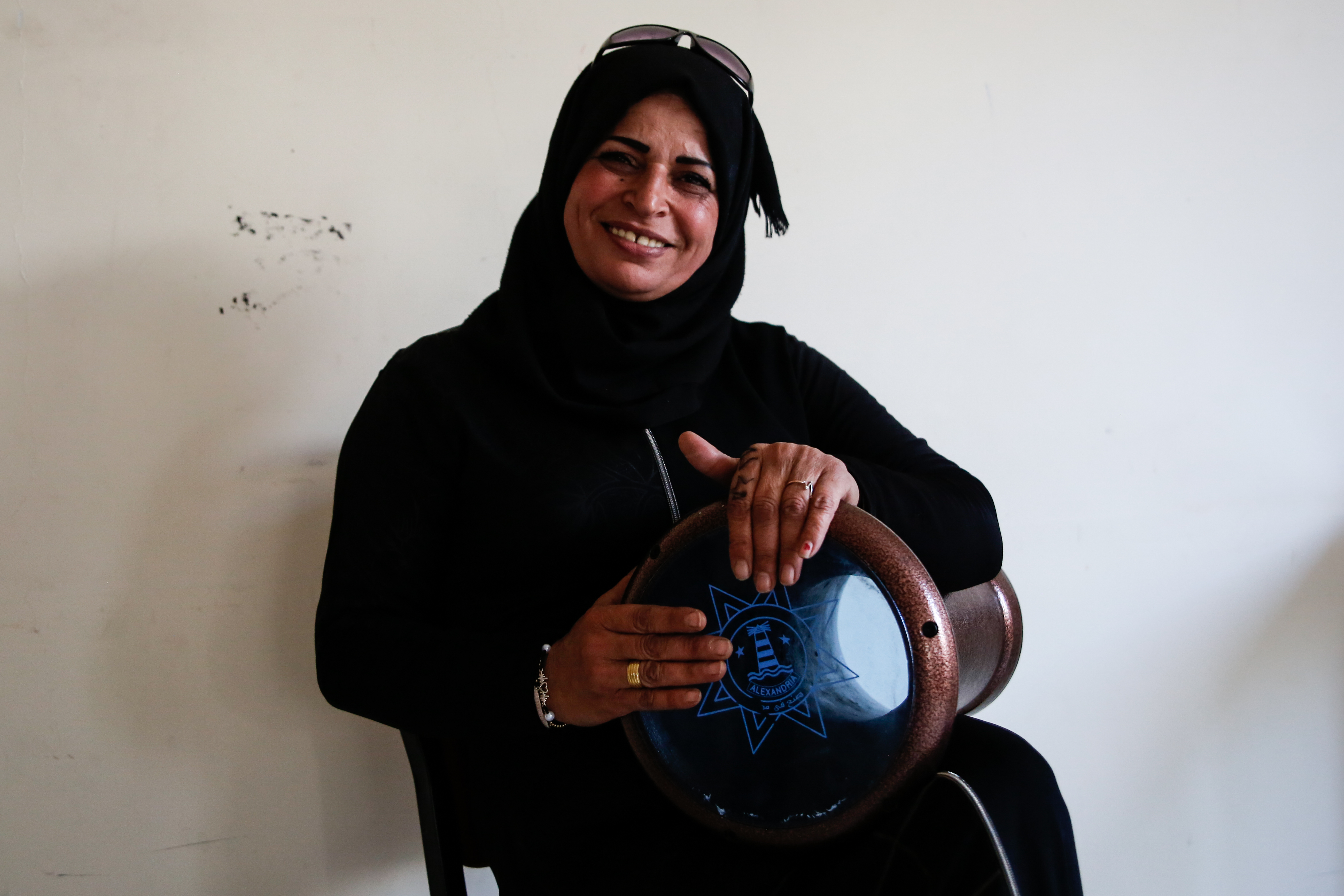 The women will continue their musical sessions for another six months before presenting a final concert, where they will have the chance to showcase their new musical skills for an audience.

This is just one of many specialized classes being offered by UN Women and the JWU for survivors of sexual and gender-based violence in Jordan. With the generous support of the European Union Regional Trust Fund in Response to the Syrian crisis (Madad Fund) and the Government of France, more than 12,000 survivors will be reached by the end of the year through non-stigmatizing protection services, skills development and awareness-raising activities.