On World Humanitarian Day (WHD), 19 August, we commemorate humanitarian workers across the world. This year's WHD comes as the world continues to fight the COVID-19 pandemic. Across Jordan’s communities, women humanitarians have taken the lead to support vulnerable Jordanians and Syrian refugees to overcome these unprecedented circumstances.

We're bringing forward the voices of the Sheroes who have been on the front lines of the humanitarian response in Jordan. From supporting vulnerable Syrian refugees fleeing war to assisting local communities throughout the COVID-19 pandemic, women leaders from community-based organizations remain committed to provide much needed assistance to other women and girls in need, building back peaceful and more equal communities.

If we all work together, we can build back better and stronger 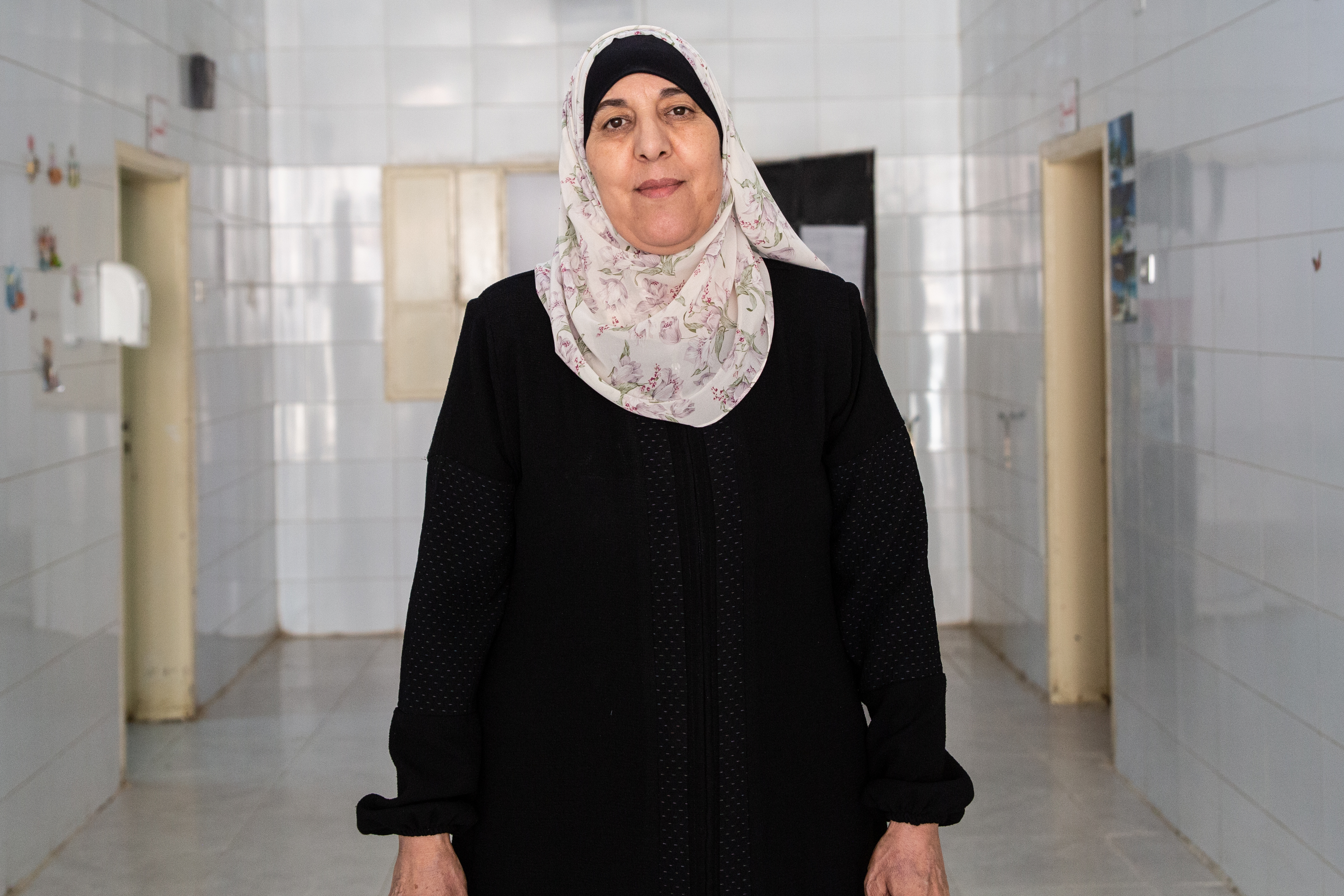 Right after, the Syria crises began and thousands of refugees started to flee to Jordan to find safety. Located 26 km from the Syrian border, the city of Mafraq became home to over 160,000 Syrian refugees1. Najah made it her responsibility to support vulnerable Syrian refugees seeking protection in her community.

"Due to the Syrian crisis, a lot of refugees came to Mafraq and from there, we started our work to support them," explained Najah. "Until today, we help vulnerable Jordanian women and Syrian refugees with access to training opportunities, psychological support, protection services, as well as running a kitchen which provides over 11,000 daily school meals in both the Mafraq community and Za'atari camp."

Faced with a new crisis, Najah took it in her stride when the COVID-19 pandemic began. As an active member of the Jordanian National NGO's Forum (JONAF), Najah worked alongside other 20 women-led civil society organizations to develop an emergency response plan to support Government’s response efforts in Mafraq, with the goal to promote community-based interventions led by local civil society organizations that build on their expertise in managing humanitarian crisis and connection with the communities they serve. The JONAF is an initiative developed under Jordan’s National Action Plan on UNSCR 1325 on Women, Peace and Security led by the Arab Renaissance for Democracy and Development and UN Women with the support of the Governments of Canada, Finland, Norway, Spain and the United Kingdom, to promote a gender-responsive and women-led localization of the humanitarian response in Jordan.

The plan also called for greater attention to the needs of vulnerable groups, such as the elderly and people with disabilities, while enhancing efforts to disseminate reliable information on COVID-19 and preventive measures. Under the emergency response plan, Najah, and a group of volunteers from the Al Keram Charity Association, worked day and night to ensure vulnerable Jordanian and Syrian refugee women and family's needs were being met throughout the lockdown, collecting donations and delivering essential supplies to over 3,000 families in Mafraq.

"It has become ever more apparent the critical role women play in humanitarian crises and the importance of their participation in building back peaceful and co-existing communities," affirmed Najah. "If we all work together, we can build back better and stronger."

Be the cause of the change 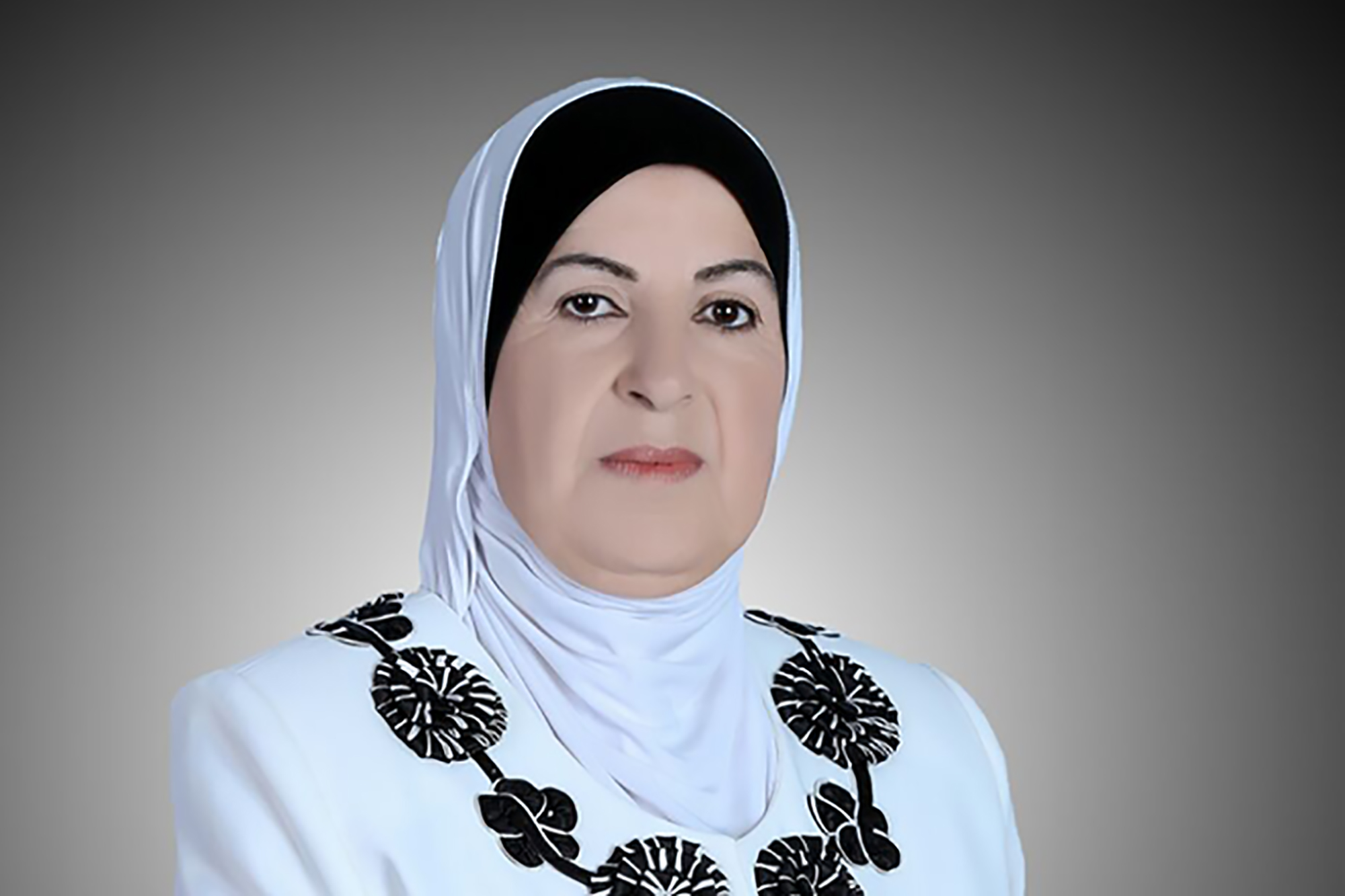 In 2015, at the age of 55, Wedad Obeidat decided to change her career as a nutritionist to enter the humanitarian sector. Deep within the rural community of Al Rafid, in the northern governorate of Irbid, Wedad and seven other women joined forces to launch the Al-Rafid Women’s Agricultural Society.

“The association was established by women, for women. Providing them with valuable skills and training in agriculture, helping them to generate an income and promote food security,” explained Wedad. “Through our work, we recognized the importance of empowering, supporting and encouraging women to play an effective role in promoting the community’s peace and security, through achieving food security.”

Since the beginning of the COVID-19 pandemic, Wedad recognized the importance of the role her association has in providing frontline support to the community. She swiftly engaged in response efforts to raise awareness in her community on preventative measures and self-sufficiency, while continuing to  promote women’s empowerment during the crisis. As a member of the Jordanian National NGO's Forum (JONAF), Wedad contributed to the JONAF’s dialogue on ‘Gender Dynamics in Times of Crisis,’ led in partnership with ARDD and UN Women under the JONAP, to ensure the development of a gender-sensitive response plan in support of Government’s efforts to limit the spread of the pandemic.

During the lockdown, Wedad, hand in hand with members of the Al-Rafid Women’s Agricultural Society and her community, organized virtual sessions for women on growing home produce and baking goods to ensure self-sufficiency and resilience. The association also distributed baked bread and emergency cash assistance for vulnerable families in Al Rafid.

“Women are key strategic partners and enablers in humanitarian crises, they are crucial to ensuring societal and global changes,” says Wedad. “My message to all women across the world is: be the cause of change.”

Within the framework of Jordan’s National Action Plan on UNSCR 1325 on Women, Peace, and Security (JONAP), ARDD in partnership with UN Women is working to strengthen the capacity women-led civil society organizations across Jordan to promote a gender-sensitive response to the crisis and advance women’s participation in peace and security processes at the community level. The initiative is generously supported by the Governments of Canada, Finland, Norway, Spain, and the United Kingdom.

Related News
01/10/2020
On the frontline of protecting survivors of violence during COVID-19
02/07/2020
Follow our history: Ten years into advancing gender equality and women’s empowerment in Jordan
18/06/2020
From where we stand: Our journey of resilience and empowerment between two crises.
31/08/2022
MINISTER OF FOREIGN AFFAIRS OF NORWAY, H.E. MS. ANNIKEN HUITFELDT, VISITS PSD IN AMMAN
26/07/2022
JONAP PROGRAMME BOARD PRESENTS FRAMEWORK FOR THE SECOND NATIONAL ACTION PLAN ON WOMEN, PEACE AND SECURITY
END_OF_DOCUMENT_TOKEN_TO_BE_REPLACED