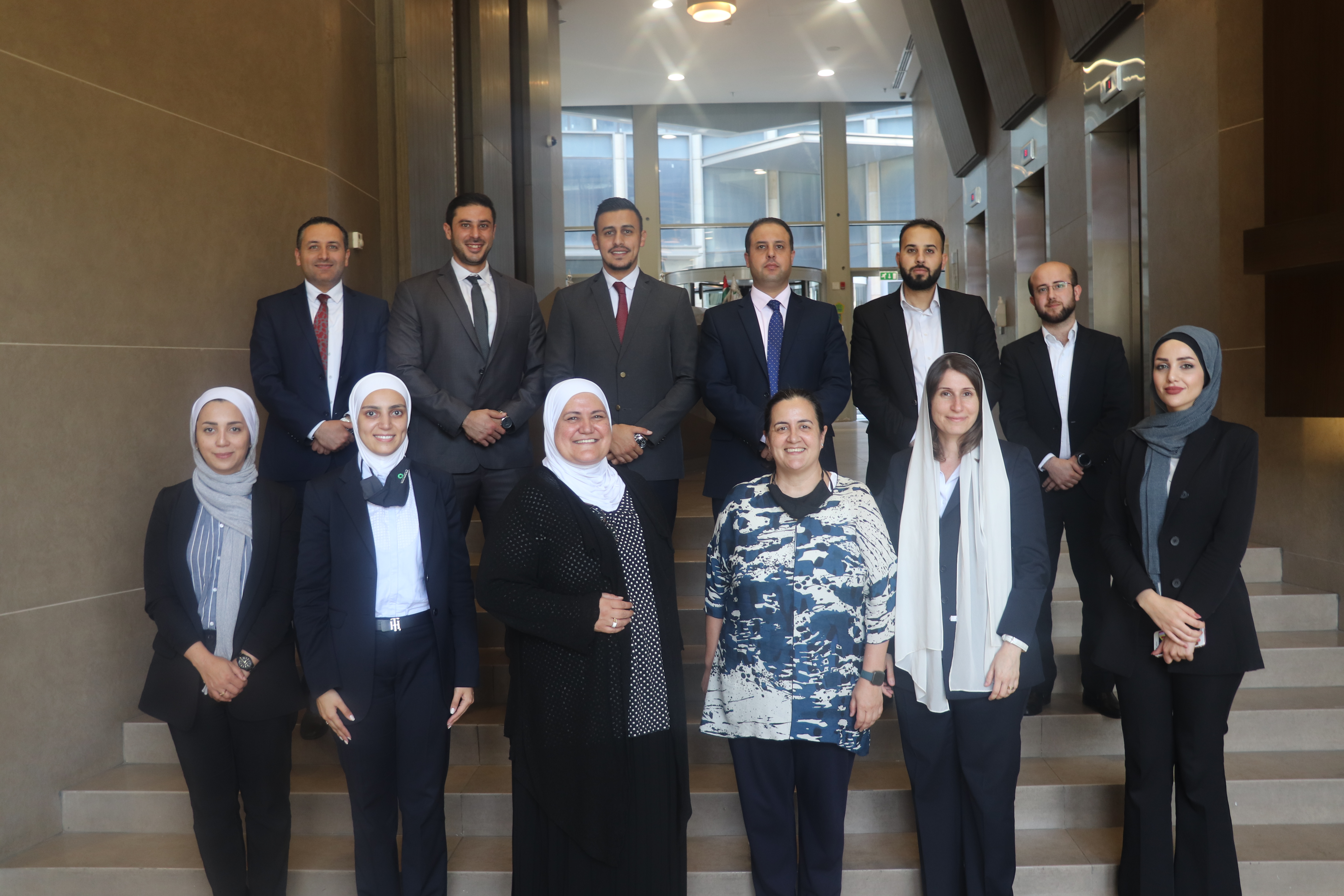 Safwa Bank employees participate in the gender and financial services training organized by UN Women and generously supported by the European Union, through the EU Regional Trust Fund in response to the Syria Crisis, the EU MADAD Fund. Photo courtesy of Safwa Bank.

Safwa Islamic Bank recently hosted a training programme for the bank's employees focusing on gender issues and financial services, as part of the bank’s strategy to support national efforts towards financial inclusivity and highlighting the central role played by women in the financial sector.

The training sessions were implemented by Aya Consulting in partnership with UN Women under the programme “Strengthening the Resilience of Syrian Women and Girls and Host Communities in Iraq, Jordan,” generously supported by the European Union, through the EU Regional Trust Fund in response to the Syria Crisis, the EU MADAD Fund.

“Safwa Islamic Bank has always been aware of the impact gender dynamics have on the evolution of the banking sector and the economic inequalities that can stem from a lack of awareness in this regard,” explains Samer Al-Tamimi, General Manager of Safwa Islamic Bank. “One of our core objectives is to preserve the right of women to equitable and equal access to financial resources, which is why we were eager to host this training programme and to raise the awareness of our employees on the essential connections between gender, inequality and economic inclusivity.”

Al-Tamimi further noted that gender-responsive banking services also make business sense for banks seeking to significantly broaden their customer bases, which in turn translates to a greater return of investments. More importantly, fostering a gender-sensitive internal culture will have a lasting positive impact on employees’ morale, boosting productivity and social cohesion.  The trainings also fall in line with national efforts to ensure that women are given fair access to viable financial services, an objective that has become more relevant in light of the widespread economic challenges emerging from the COVID-19 pandemic. Through this project, UN Women is directly supporting the Central Bank of Jordan’s Financial Inclusion Strategy, which succeeded in raising the financial inclusion index in the Kingdom from 24% in 2014 to approximately 50% in 2020, and in decreasing the gender gap in financing during the same period from 53% to 29%.

Mohammad Al Hawari, Head of Human Resources at the bank, noted that the training programme comes in continuation of the bank’s efforts to develop the capacities of employees across various fronts, particularly those related to gender equality and women’s access to financial services. He further noted that, “the interactive training course has served to entrench the importance of facilitating women’s access to banking services within the bank’s internal culture. This will enable us to achieve the noble objective of enhancing financial inclusivity in the Kingdom”.

The training, which adopts a participatory approach and the use of relevant examples, focuses on clarifying the concept of gender and its impact on financial services, providing approaches for incorporating gender issues in the design and implementation of banking services to accelerate the realization of sustainable financial inclusivity. This will help empower numerous segments in the community, including women entrepreneurs, who will be better able to overcome financial obstacles and establish viable, revenue-generating projects.

The collaboration between UN Women’s “Strengthening the Resilience of Syrian Women and Girls and Host Communities in Iraq, Jordan” project is regarded as a key step towards achieving the project’s objectives of empowering communities throughout the Kingdom. Assessments by UN Women and other development partners show that access to gender-sensitive financial services and products helps shielding women from adverse economic shocks and support them in taking control of resources, which is conducive to their advancement on both personal and professional fronts. Access to financial services also enhances women’s ability to save and invest, thereby increasing their business opportunities while simultaneously lowering financial risks.

Related News
01/10/2020
On the frontline of protecting survivors of violence during COVID-19
02/09/2020
JNCW launches a programme to enhance women's participation in the 19th Parliament
19/08/2020
Meet the real life Sheroes from Jordan
02/07/2020
Follow our history: Ten years into advancing gender equality and women’s empowerment in Jordan
25/06/2020
Experts dialogue: towards gender-responsive socio-economic recovery
END_OF_DOCUMENT_TOKEN_TO_BE_REPLACED