Through the Spring Forward for Women Regional Programme for the Economic & Political Empowerment of Women in the southern Mediterranean Region, UN Women supported youth civic engagement in the framework of leadership and public participation, particularly in decision making and local development. This has facilitated the creation of four youth councils in Irbid, Zarqa, Madaba and Karak. More than 60 members of the councils have been active in their community through launching different initiatives that are fundamental to their area and that responds to specific needs. 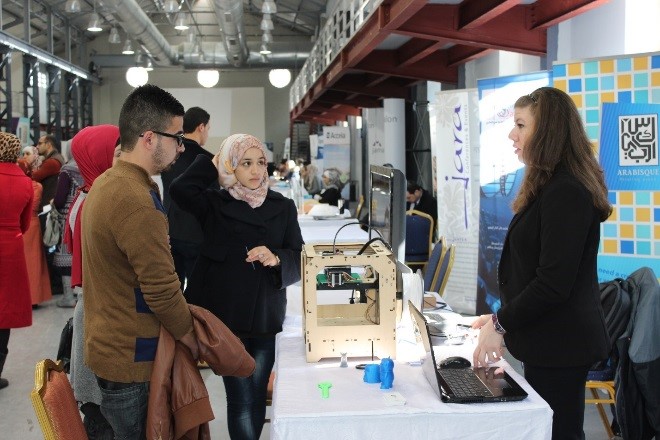 UN women aimed at Increasing access to job opportunities for 300 Jordanian youth (from Irbid, Mafraq and Zarqa) out of which 50% are women through the organization of a 3-day career job fair event from 10th-12th of January 2016 in Ras Al- Ain Gallery – Amman under the Spring Forward for Women Regional Programme for the Economic & Political Empowerment of Women in the southern Mediterranean Region. As a result of the event, a total of 25 young female and males (out of which 15 are young females) from different governorates were hired in private sector companies participating in the expo along with 12 internship opportunities. 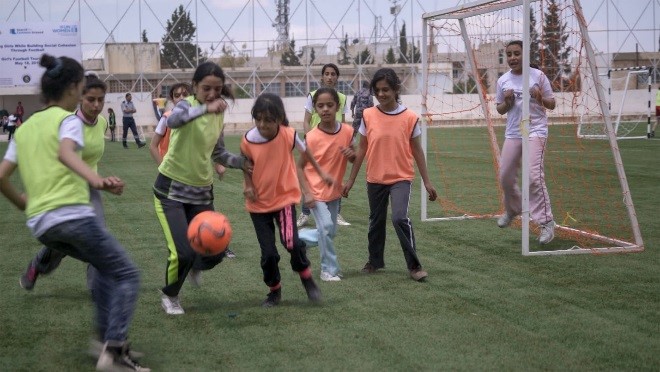 Within the Eid bi Eid project funded by the governments of Finland and Italy, UN Women, with the partnership of The Asian Football Development Project, aimed at bringing together young Syrian and Jordanian girls to work collaboratively, promoting understanding and peaceful conflict resolution through physical education and football practice, tournaments and sports camps that interweave trust building and cross-cultural understanding in the areas of Irbid, Ramtha and Mafraq. 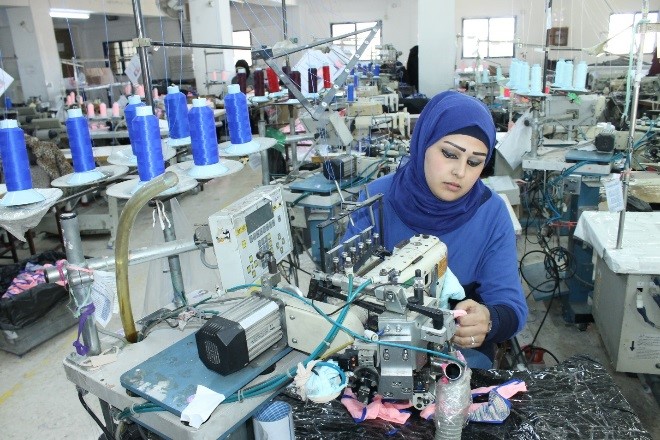 UN Women aimed at supporting Jordanian women’s access to income-generating opportunities and skills training. This was done within the Eid bi Eid project funded by the governments of Italy and Finland. The work identified employment opportunities for 115 young females from the areas of Mafraq, Irbid, and Zarqa in the garment industry. 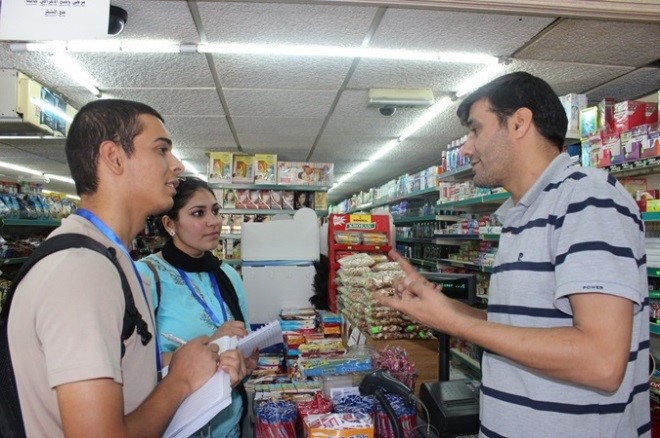 In partnership with United Nations Volunteers, UN Women aimed at increasing the capacity of dynamic and promising young women and men to advocate for women´s human rights and use The Convention on the Elimination of All Forms of Discrimination against Women (CEDAW) as the main advocacy tool.

The project provided youth with various skills through training on different topics including CEDAW, women’s rights, advocacy, volunteerism and others. 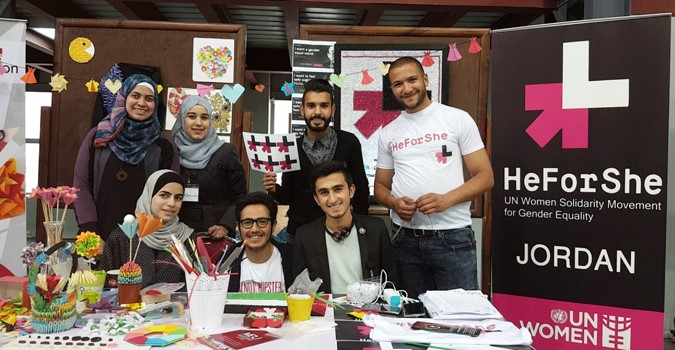 HeForShe is a global solidarity movement, inviting everyone to take an action on achieving gender equality and be part of this global movement to promote women’s empowerment and gender equality.
Since its launch in November 2014, UN Women Jordan has been committed to spread and raise awareness on the HeForShe movement through various means. Jordanian young volunteers supported 18 campaigns which already took place in more than 10 public and private universities in all governorates of Jordan. The campaigns mainly aimed at raising awareness and advocating for having a more gender equal world and mobilizing youth advocates from all over Jordan to commit and take an action. Jordan has already reached over 7,500 commitments on the HeForShe online platform. 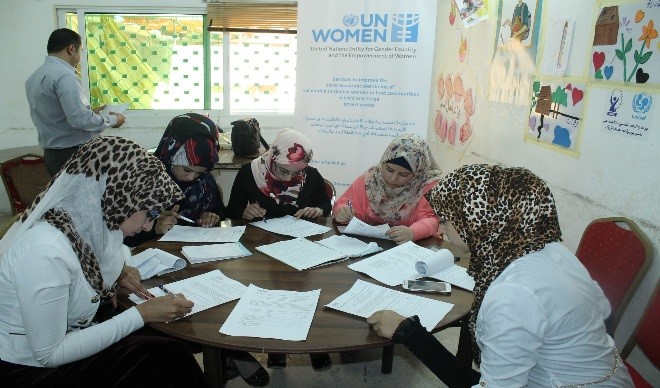 UN Women has launched the program ‘Services to improve the socio-economic well-being of vulnerable Jordanian women in host communities in Irbid and Zarqa Governorates’ to help tackle unemployment in refugee hosting communities through creating job opportunities for women, aged 18-26, in the targeted poverty pockets. UN Women offers career guidance, life skills, technical trainings and job placement services to 300 participants with the specific aim of increasing women and girls’ employability in the private sector through soft skills and data entry and secretarial work training, and to promote positive change in the attitudes and self-esteem of the youth beneficiaries over time.

The program aims to give the women and girls, the job opportunities they deserve where they participate in a Workplace Success training, Political Engagement, Gender-Based Violence training, English Language training, in addition to Information Technology and Secretarial Skills training. 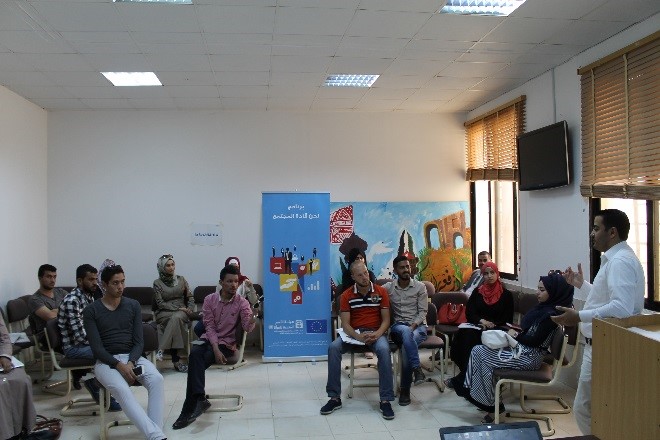 Over 1,600 Jordanian young men and women between the ages of 18 and 25, including refugees and persons with disabilities are engaged to work together to identify issues in their communities and develop social enterprises to address them.

Youth Attraction Campaign were organized and 51 sessions entrepreneurial training were carried out in universities of all targeted governorates with 1,640 participants enrolled into the program.

The entrepreneurial training curricula was adapted to the local communities development needs, and modules on Gender Based Violence (GBV) and domestic violence were included in the training material.

WeRise, a new mobile game app for youth to promote gender equality in the MENA region
First Person: Levelling the gender playing field in Jordan
From where I stand: “Trust yourself. You are an equally important and valuable being … If we keep trying, change will happen”
Empowering women and girls in Jordan to build more peaceful and inclusive societies
Youth action in advancing the Women, Peace and Security agenda in Jordan
END_OF_DOCUMENT_TOKEN_TO_BE_REPLACED