“Targeted, strategic attacks on women’s rights and freedoms” are becoming a defining character of rising extremism and violence. As extremist groups seize control of territories, women have been forced or coerced into joining them. “Women and Violent Radicalization in Jordan,” a new report published by UN Women, reveals how radicalism is impacting women in Jordan and how empowering women is key to preventing the spread of extremist ideologies. 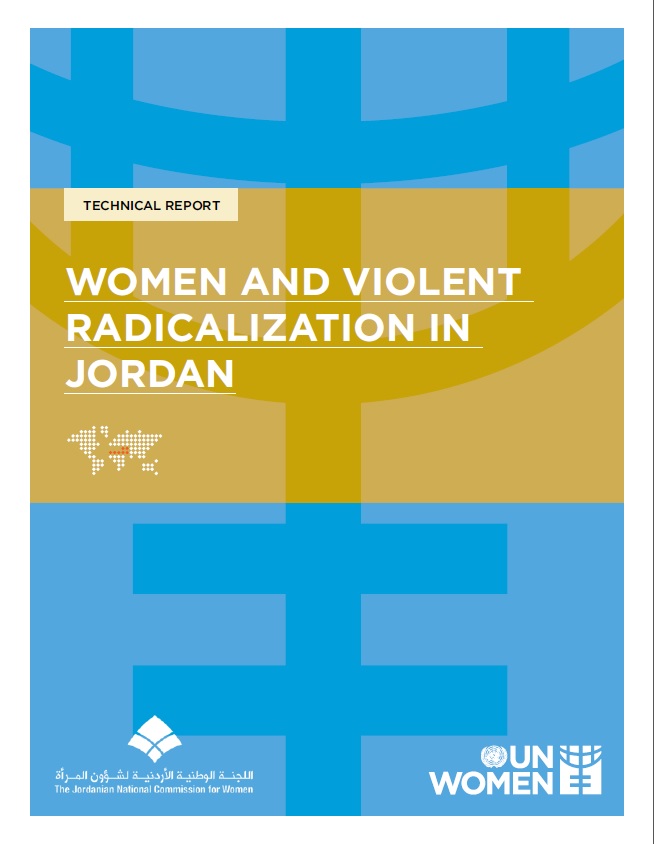 Radicalization (evolution towards violent extremism), is a growing concern among Jordanians and the majority of those interviewed believe it is spreading in universities and communities. The findings of the report will support the Jordanian National Commission for Women and the Government of Jordan in developing a National Action Plan to implement UN Security Council resolution 1325 this year.

Research conducted by the Al-Hayat Center for Civil Society Development and Search for Common Ground on behalf of UN Women and the Jordanian National Commission for Women in February and March 2016 found that women face heightened threats of the impact of radicalization due to diminishing public space, stricter gender norms that define the spaces they may and may not occupy, and increased violence against women.

What is driving radicalization?

The root causes and drivers of radicalization in Jordan are not easily traced and can be linked to factors such as religious conviction; however, other potential triggers include the lack of a sense of belonging, personal political views, animosity towards other religious groups, and searching for a greater sense of identity and purpose. Of the respondents interviewed for the report, 82 per cent believed that social and economic pressures have led people to take part in violent extremism.

The report notes that as individuals, mothers, wives, sisters, caregivers and community-builders, women in their diverse roles can be powerful allies in countering radical ideologies. For example, they can uncover “early warning signals” and serve as bolsters to radicalization within the family and community. The report highlights global good practices in supporting women’s role in preventing violent extremism. In Pakistan, a women’s organization helps families intervene when children show signs of radicalization, while in Morocco the Government has trained local women religious leaders to steer people away from violent paths.

In order to prevent radicalization in Jordan, the report recommends having locally-rooted strategies led by the government and the civil society, including amplifying the voices of Jordanian women as decision-makers in politics and academia and building the capacity of female imams. The report also urges Jordan to create a national strategy that captures diverse voices, including of youth and women, and prevention programmes to cover all governorates.

Related News
21/03/2018
Stakeholder's celebrate the launch of the Jordanian National Plan to activate UN Security Council Resolution 1325 on Women, Peace and Security
19/10/2017
Governor-General of the Commonwealth of Australia announces humanitarian to support food security and women's empowerment
31/03/2022
Empowering women and girls in Jordan to build more peaceful and inclusive societies
12/03/2020
Empowering women through innovation and technology
31/03/2019
From Where I stand: ‘We are a group of men who are ready to rise up against gender-based violence, stand up for women’s rights and spread the message to others.’
END_OF_DOCUMENT_TOKEN_TO_BE_REPLACED