Stakeholder's celebrate the launch of the Jordanian National Plan to activate UN Security Council Resolution 1325 on Women, Peace and Security 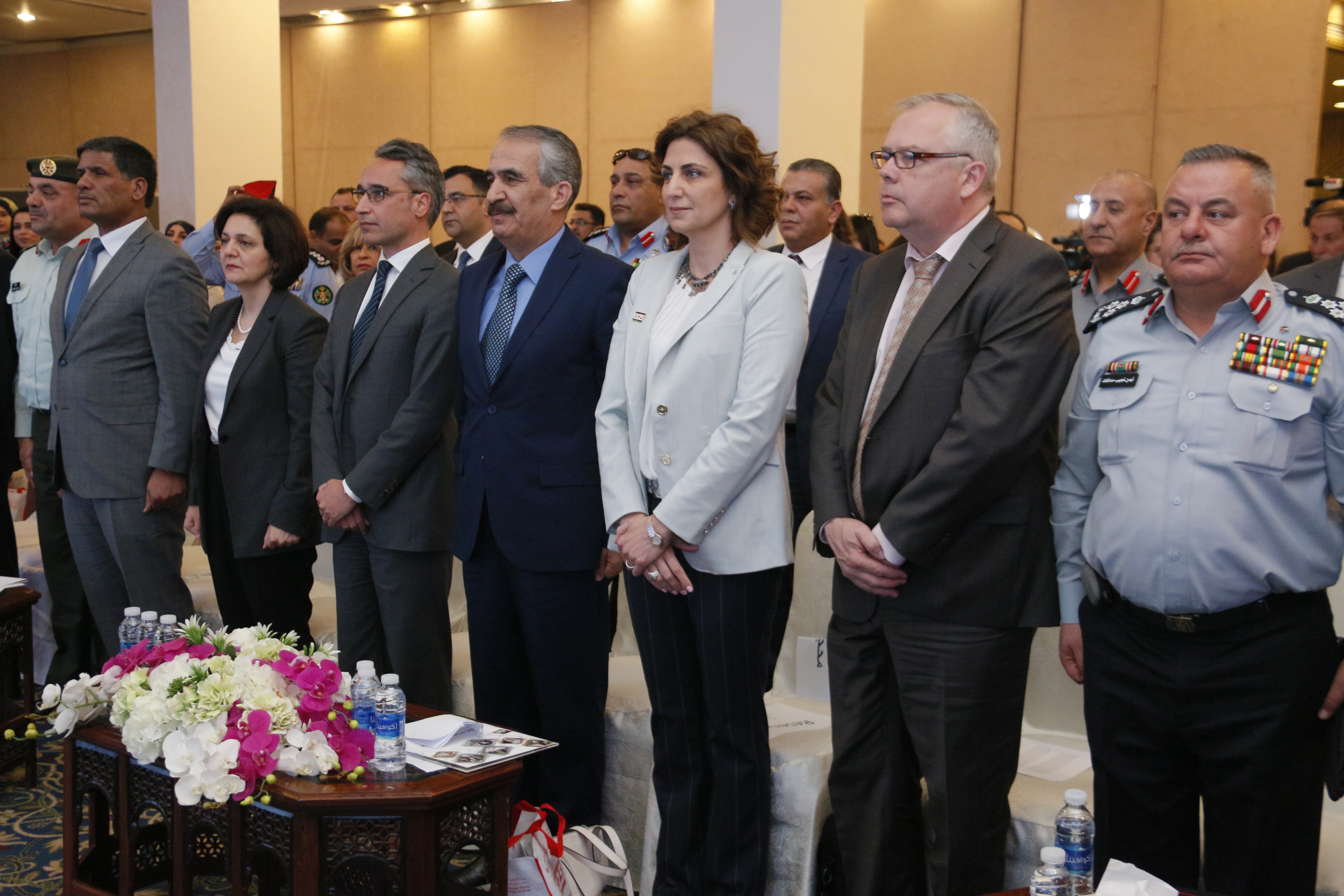 On March 21st, 2018, The launch marked the recent implementation of the Jordanian National Plan (JONAP) 2018-2021 to activate UN Security Council Resolution 1325 on Women, Security and Peace as a key framework within Jordan. The event marked the commitment of the Prime Minister H.E Dr. Hani Fawzi Al-Mulki, the Jordanian Government's and stakeholder's enhancement of women’s participation in the peace and security sectors within Jordan.

The ceremony took place in the Grand Amman Hall, Al Hussein Youth City; held under the patronage of the Prime Minister's Representative, the Minister of Interior Jordan, H.E Mr. Samir Mubaidin. The hosting of the launch represented the joint partnership of the Jordanian National Committee for Women's Affairs (JNCW) and the United Nations Commission on Gender Equality and the Empowerment of Women (UN Women).

The launch acknowledged the comprised efforts of the Jordanian Government, Jordanian Security Forces, National and International entities; continued adherence to Women’s Peace and security in Jordan. The JONAP 2018-2021, endorsed by the Jordanian Prime Minister and Cabinet on Sunday 3 December 2017; adheres to respond to the latest developments in security and military challenges. 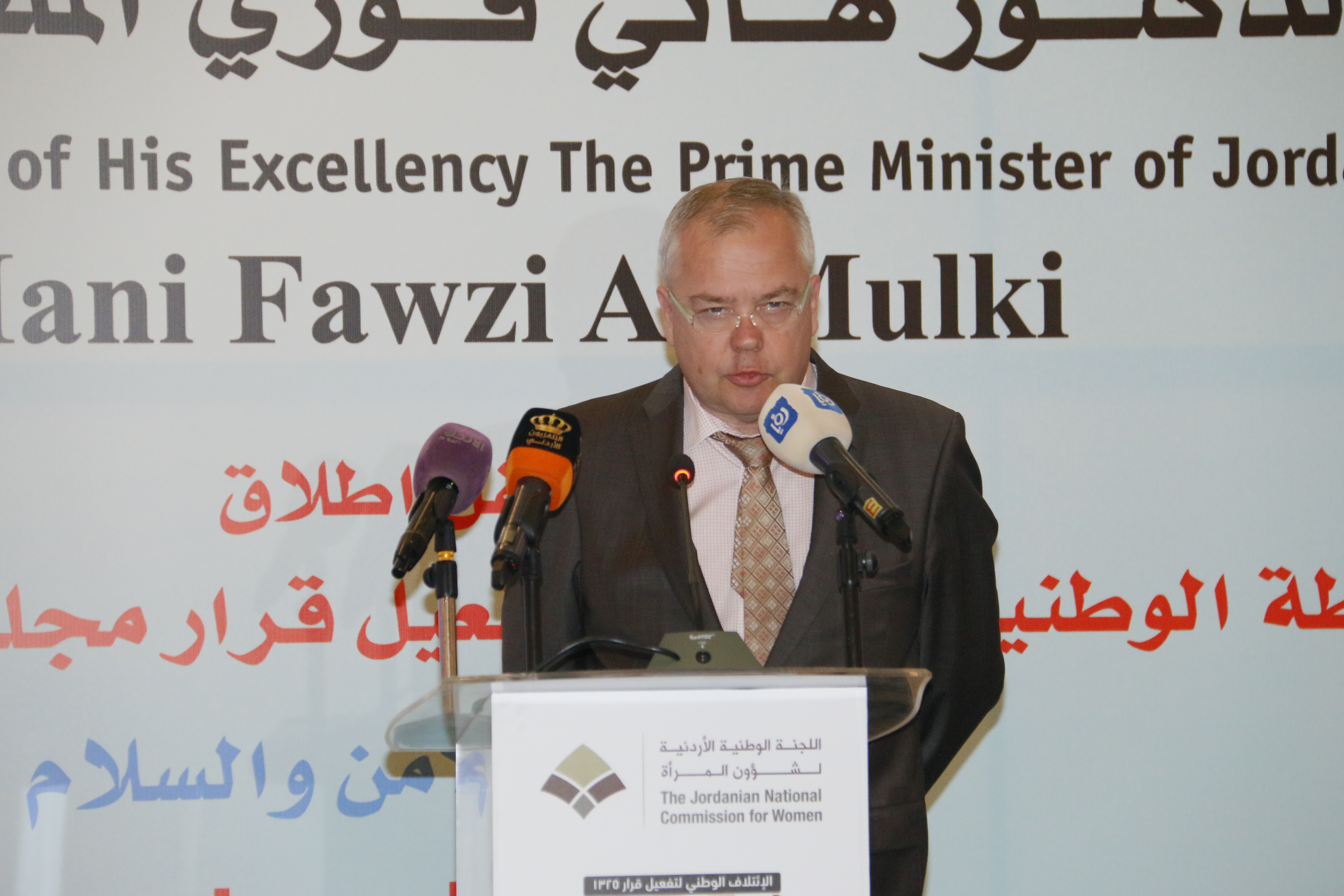 The Ambassador of the Republic of Finland to Lebanon and Jordan,
H.E Mr. Matti Lassila addresses the audience of the event during the opening remarks of the ceremony. Photo Credits: UN Women 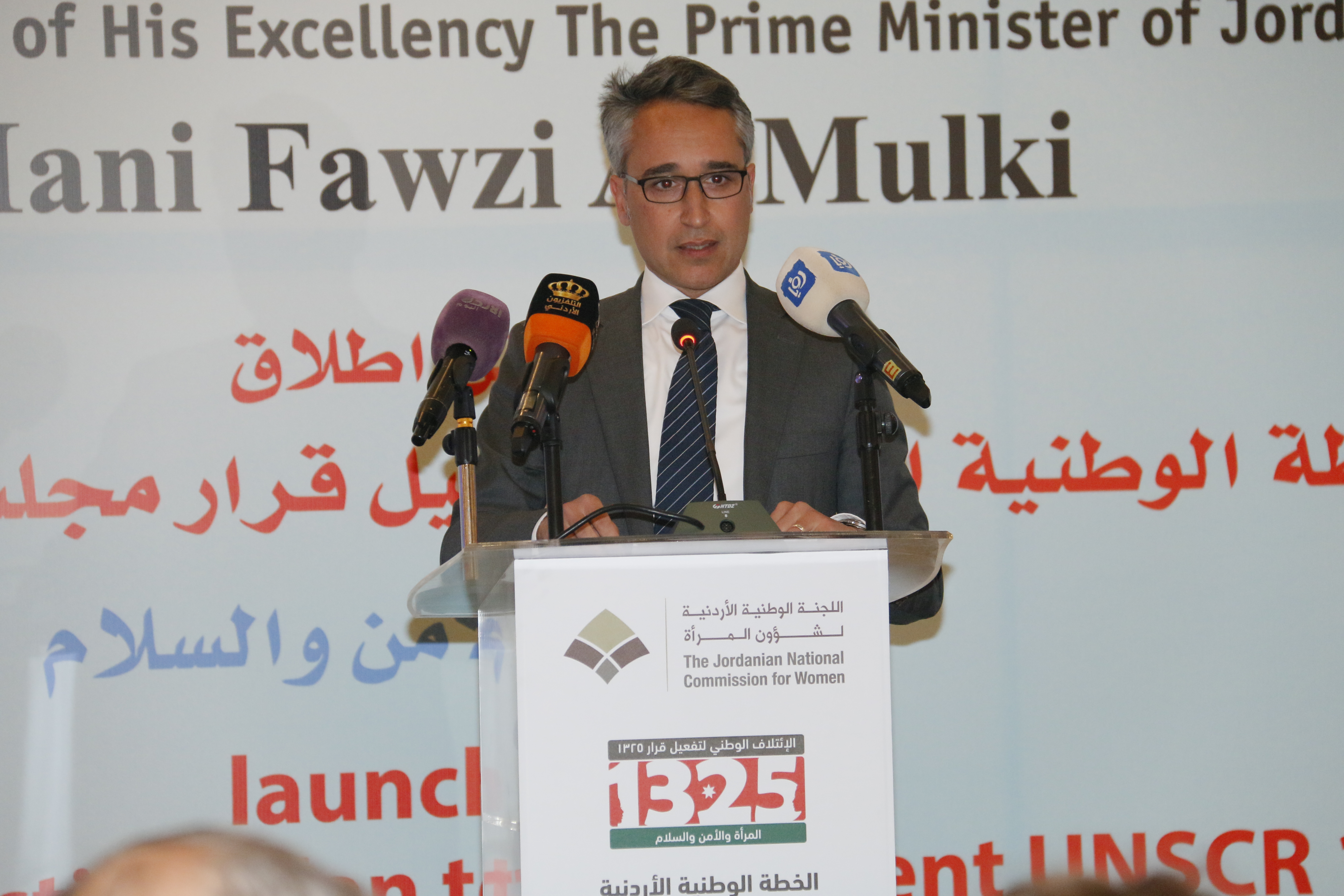 “The launch of this plan reinforces Jordan's position as a country affected by the conflicts, stressing the importance of recognizing women as equal partners and an essential element in the security and peace agendas.”- H.E Mr. Matti Lassila, The Ambassador of the Republic of Finland to Lebanon and Jordan.

The JONAP was developed over two years through an inclusive and participatory process across all Jordanian Governorates, led by JNCW and the National Coalition on 1325 consisting of over 60 entities representing different government ministries, civil society organizations, security sector actors and international partners. This process has ensured the JONAP is now well-placed in regards to national ownership and leadership to drive its implementation.

Secretary-General of the Jordanian National Committee for Women, Dr. Salma Al-Nims, acknowledged the JONAP 2018-2021 UNSCR 1325, as a continuance to withstanding frameworks which continues to address the Jordanian human rights respect, promote concepts of justice, equality and partnership. Including, the National Strategy for Jordanian Women (2013-2017), and the Comprehensive National Human Rights Plan (2016-2025).

“Supporting Jordan’s Plan for Women, Peace and Security means supporting the country’s resilience and stability agenda, the priorities of both the Jordan Response Plan and the Executive Development Programme, as well as national strategies on youth and preventing violent extremism. The Plan was carefully designed to align with the country’s key priorities. This is truly one of its strengths and why its implementation must be supported.” Mr. Ziad Sheikh UN Women Jordan Representative.

At the conclusion of the event, Dr. Salma Nims, reviewed the future steps for implementing the resolution through the national plan, stating that the JNCW will work as a secretariat for implementation. A joint ministerial committee will oversee progress in the process, in addition to the involvement of all other groups who contributed to drafting the national plan. 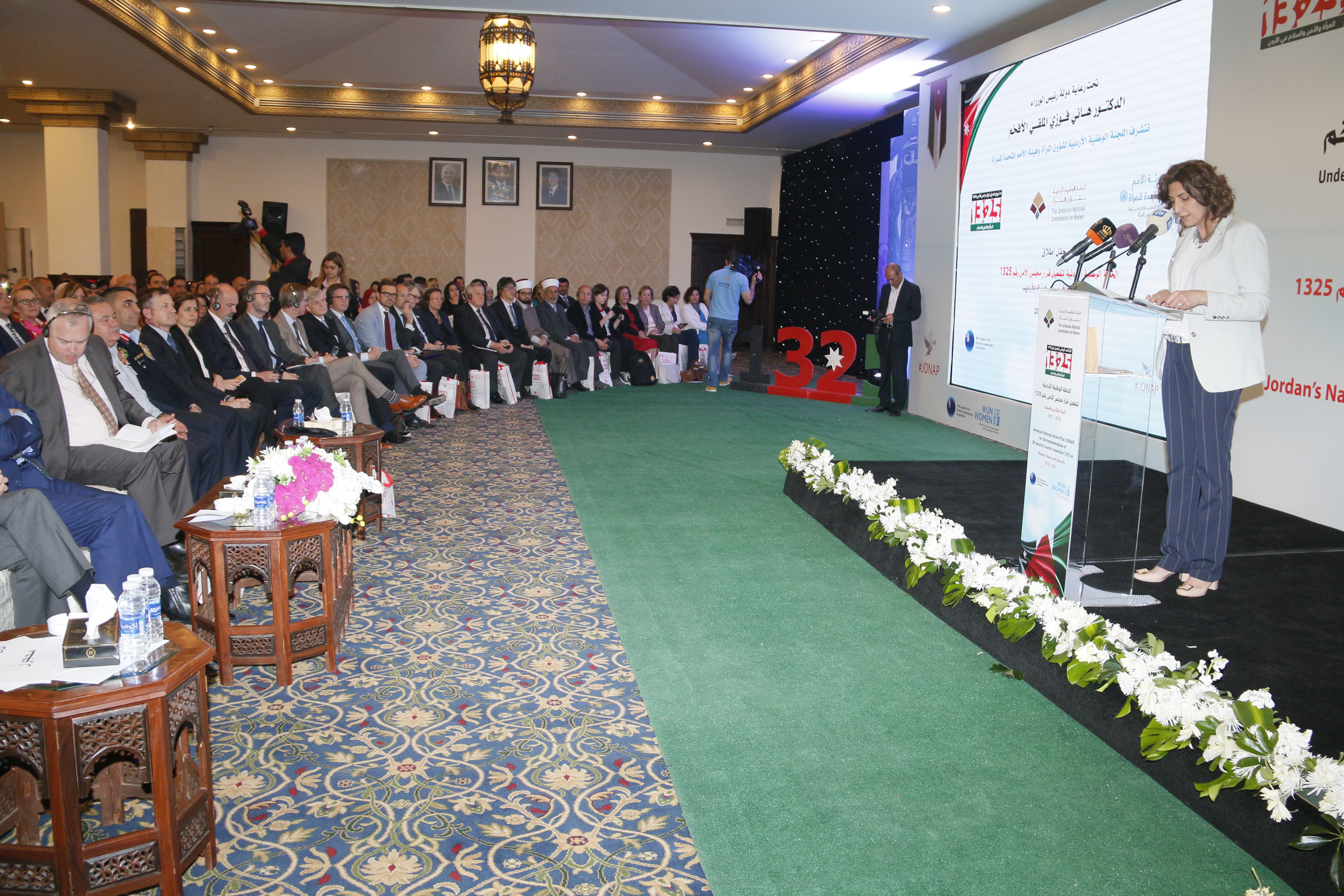 The full text for the Jordanian National Plan (JONAP) 2018-2021 to activate UN Security Council Resolution 1325 on Women, Security and Peace can be found here: