“Finally, I have a chance to regain my dignity… and make decisions for myself.” 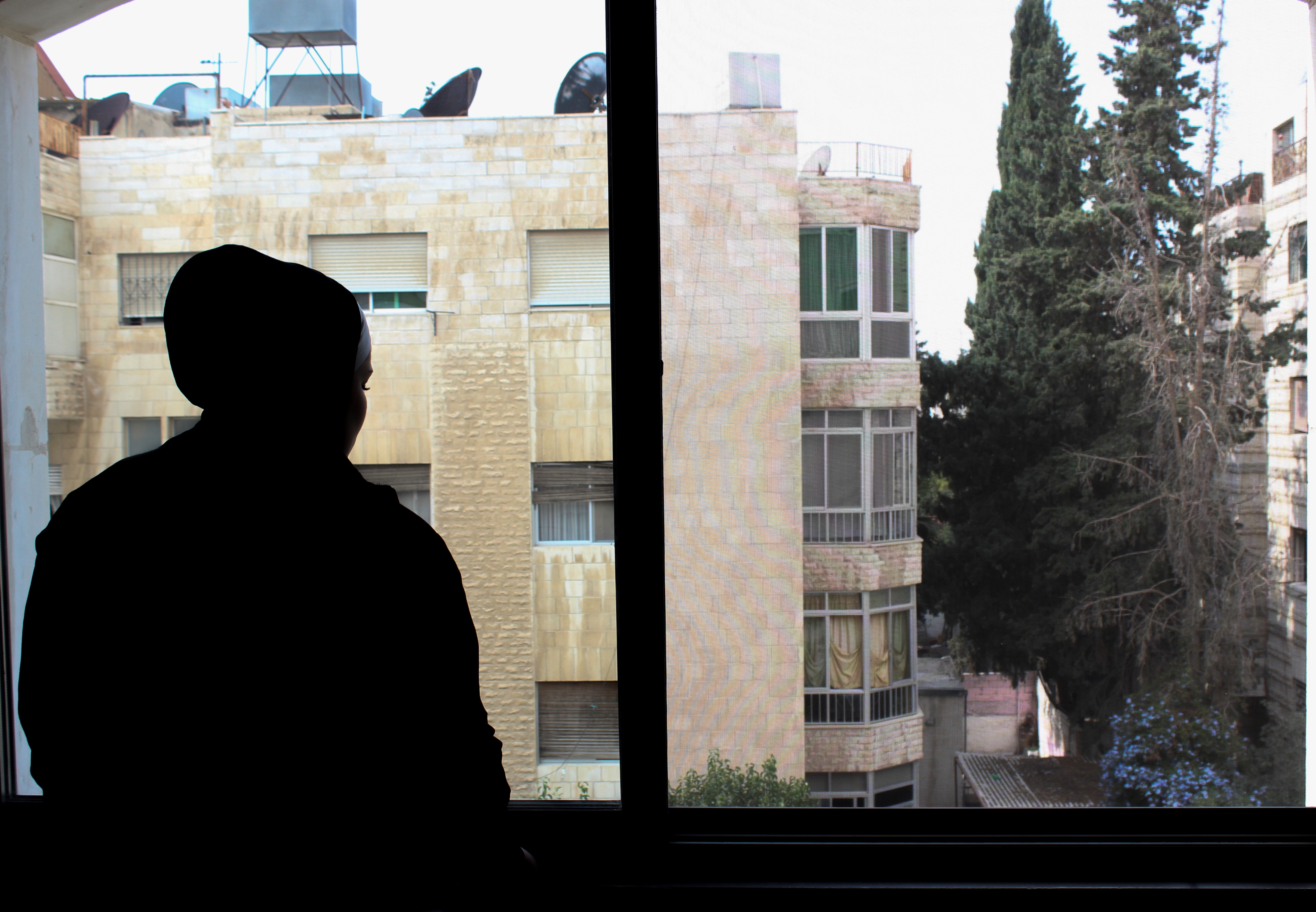 From a young age, Joud Ahmad*, 21, suffered from mental and physical abuse from her father and brother. When she escaped home, she had nowhere to stay and was later put in administrative detention in the Juwaida Jail in the outskirts of Amman. Her case was then referred to the Jordanian Women’s Union (JWU), which transferred her to one of their shelters. The space is supported by UN Women through the European Union Regional Trust Fund in Response to the Syrian crisis, the EU Madad Fund.

The distant sound of a soft melodic symphony echoed from Joud’s headphones. Music has become one of Joud’s ways to recover control in her life, relying on soothing tones to keep calm. She often feels the need to escape the sounds of the world and her childhood memories.

From childhood, Joud experienced mental and physical abuse, suffering at the hands of her father and brother. “They were my tormenters, I had always thought it was never normal to face such abuse, they expected me as a woman to sit and take it. They did not like that I rebelled against them.” At the age of 14, Joud ran away from her family home, too frightened to turn to extended family or friends.

The fear of being caught by her father drove Joud to live in the streets of Amman. Taking refuge in public toilets, not only to stay safe from the streets but from the eyes of her family. “My mother also fled from this horror when I was two years old. Sometimes I think how dare she leave me there and other times I think she must have been scared for her life.” Joud has never heard from her mother, and she keenly feels this absence in her life.

While Joud was soon resettled into a shelter, she still did not find peace. After moving between multiple shelters, Joud lost hope and went back to her father’s home, to endure further abuse. “The abuse worsened as I grew older. My brother’s sexual advances increased. My father was quick to use brutal force.”

Joud’s father refused to respect her fundamental rights and forced her to submit to psychological treatment. “In this culture women with strong minds are punished. We cannot retaliate against men otherwise we are made to think we are insane.” During the month Joud spent at her father’s home, she realized she needed to escape again.

Without a place a to go, Joud was placed in administrative detention by the protective services within the Juwaida Jail. “I still have nightmares about the time I spent there. It is one of the worst memories I have, being placed in a cell with women who had committed serious crimes. I still cannot understand why I was put in there. It was more like torture than protection.”

“The Jordanian Women’s Union came to my rescue, they appealed for my release and before I knew it, I was in the arms of my saviors”. After Joud’s release she finally found a safe place within the JWU shelter in Amman and started intensive psychotherapy and counseling to overcome what she had been through. “Finally, I had somewhere to express myself and I regained my dignity.”

JWU provides women and girls survivors of abuse and violence with protection, counseling and rehabilitation services. Joud’s counselor, Houaida Hatan, has been with her since the beginning. “Joud is an incredible woman, from the time she entered JWU’s shelter she has blossomed into a woman who can stand up for her rights. I truly believe that the first step of this transformation is making a woman believe she can and should make her own decisions, now she is on that path and even dreaming of a prosperous future” she affirmed.

Joud wiped tears from the corners of her eyes, “One day, I will be even stronger than I am now. And I will be helping young girls who have been going through the same as me.” Joud will be returning to school this month to finish her studies and is now looking forward to a future in which she can make her own decisions.

With the support of the European Union Regional Trust Fund in Response to the Syrian crisis, the EU Madad Fund, UN Women and JWU are providing safe and confidential access to non-stigmatizing comprehensive response services to 12,000 survivors of gender-based violence in Amman, Zarqa, Karak and the Hiteen Camp. This includes psychosocial, medical and legal support as well as life skills courses that can facilitate the integration of survivors into the labour market. UN Women and JWU are also supporting 150 survivors of gender-based violence, like Joud, to have safe and confidential access to shelters.

*Note: The name has been changed to protect the identity of the survivor.

Related News
12/03/2020
Empowering women through innovation and technology
31/03/2019
From Where I stand: ‘We are a group of men who are ready to rise up against gender-based violence, stand up for women’s rights and spread the message to others.’
10/12/2018
Commemorating the 16 Days of Activism Against Gender-Based Violence 2018 Campaign, in Jordan.
10/05/2018
Minister of Social Development visits UN Women's Resilience and empowerment centers
10/05/2018
Finland Minister for Foreign Trade and Development greets Syrian women and children in Azraq UN Women Oasis
END_OF_DOCUMENT_TOKEN_TO_BE_REPLACED