Women’s rights and gender equality are taking centre stage in 2020. Twenty-five years since the adoption of the Beijing Declaration and Platform for Action—a progressive roadmap for gender equality—it’s time to take stock of progress and bridge the gaps that remain through bold, decisive actions. This year’s theme for International Women’s Day (8 March) is, “I am Generation Equality: Realizing Women’s Rights”. 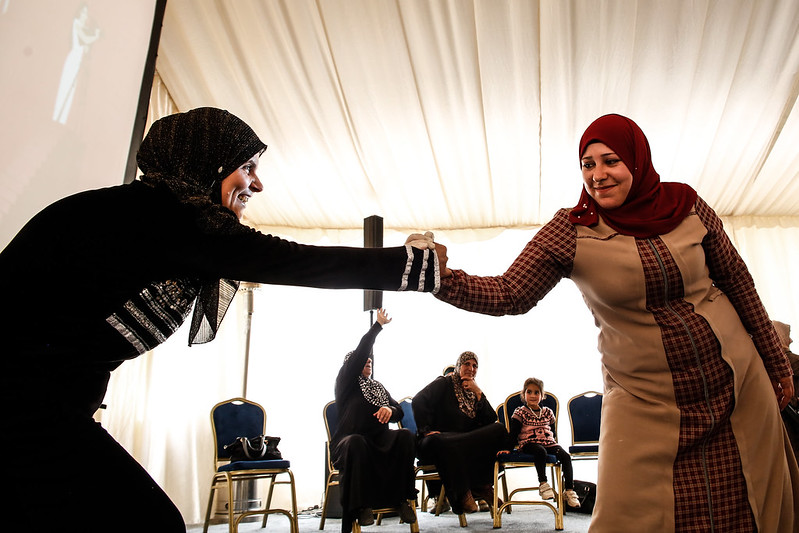 This year, in collaboration with the Royal Film Commission, UN Women opened the doors of its Oasis Centers in the Azraq and Za'atari refugee camps to the 8th edition of the Women’s Film Week. Held under the esteemed patronage of HRH Princess Basma bint Talal – UN Women goodwill ambassador, the initiative offered a unique opportunity to Syrian refugees to learn and be inspired by the stories of women champions from the past, as well as the pioneering efforts of new generations of women’ rights advocates around the world.

Over 100 Syrian refugee women engaged in the interactive film screenings which took place on 8 and 9 March 2020 to mark International Women’s Day. The events featured the screening of the movie 'Michaëlle Jean: A Woman of Purpose', generously sponsored by the Embassy of Canada to Jordan, which also sparked an intergenerational dialogue on this’s year theme 'Generation Equality: Realizing Women's Rights' through the visual artform.

"This documentary reflects the key role women and girls have in achieving positive and innovative change in their communities through small actions" affirmed Ghada Saba, first woman filmmaker in Jordan and Artistic Director of the Women's Film Week.

The film showcases the inspirational journey of Michaëlle Jean to become the Governor-General and Commander-in-Chief of Canada. A historic moment for women's empowerment, not only was she the first black woman to occupy Canada’s highest office, but she also redefined the role beyond its traditional formal functions. Using the arts as a tool for social change, encouraging the voices of people in excluded and marginalized communities, defending the rights of women and Indigenous people, and bringing a message of hope to citizens.

"A refugee woman who made her dream come true! She serves as an inspiration to us in the way she empowered women and children" affirmed Mona Alrefae, a Syrian refugee woman residing in the Za’atari refugee camp. "When I saw the destruction, I remembered the war and destruction we have lived back in Syria" she continues by recalling the scene in which Michaëlle Jean visits her homeland in Haiti after the earthquake in 2010.

"It's important to teach women these skills! We must know how to defend and empower ourselves" affirmed one participant. Sport can play an important role in empowering women and has a positive impact in terms of self-confidence and self-awareness.

Through its Oasis Centers in both refugee and Jordanian host communities, UN Women providing vulnerable women with livelihood opportunities, paired with protection and education services, while also engaging men and boys in dialogue and mobilization for social equality with the generous support of the Governments of Finland, France, Iceland, Italy and Zonta International Foundation.

Sharing stories of empowerment and hope: the Women’s Film Week 🎬opens at the @UN_Women Oasis @ZaatariCamp, engaging the community in a dialogue on #GenerationEquality with @GhadaSaba @FilmJordan #IWD2020 pic.twitter.com/pczNSbJWhP

This #IWD2020 we are bringing self defense trainings in the @UN_Women Oases in the Azraq and @ZaatariCamp 💪🏻🙏🏻🙅🏻‍♀️ Check it out ⬇️ #GenerationEquality pic.twitter.com/aYH84CKTeb

Hear from advocates and champions who are mobilizing for #GenerationEquality 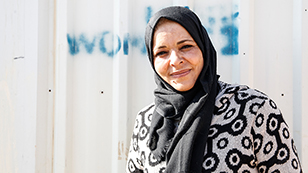 I am Generation Equality: Ibtsam Sayeed, champion for women, education and disability rights 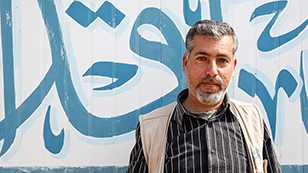 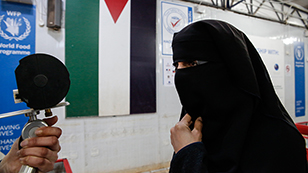 Empowering women through innovation and technology
Related News
02/07/2020
Follow our history: Ten years into advancing gender equality and women’s empowerment in Jordan
08/03/2020
My take, your take: Challenging Social Attitudes and Gender Expectations in Jordan
08/03/2020
My Take, Your Take: Empowering women to become their own champions
21/03/2018
Stakeholder's celebrate the launch of the Jordanian National Plan to activate UN Security Council Resolution 1325 on Women, Peace and Security
18/06/2020
From where we stand: Our journey of resilience and empowerment between two crises.
END_OF_DOCUMENT_TOKEN_TO_BE_REPLACED